Bon Voyage, Boncore…but Who Will Fill the Gap on Transportation Panel?… 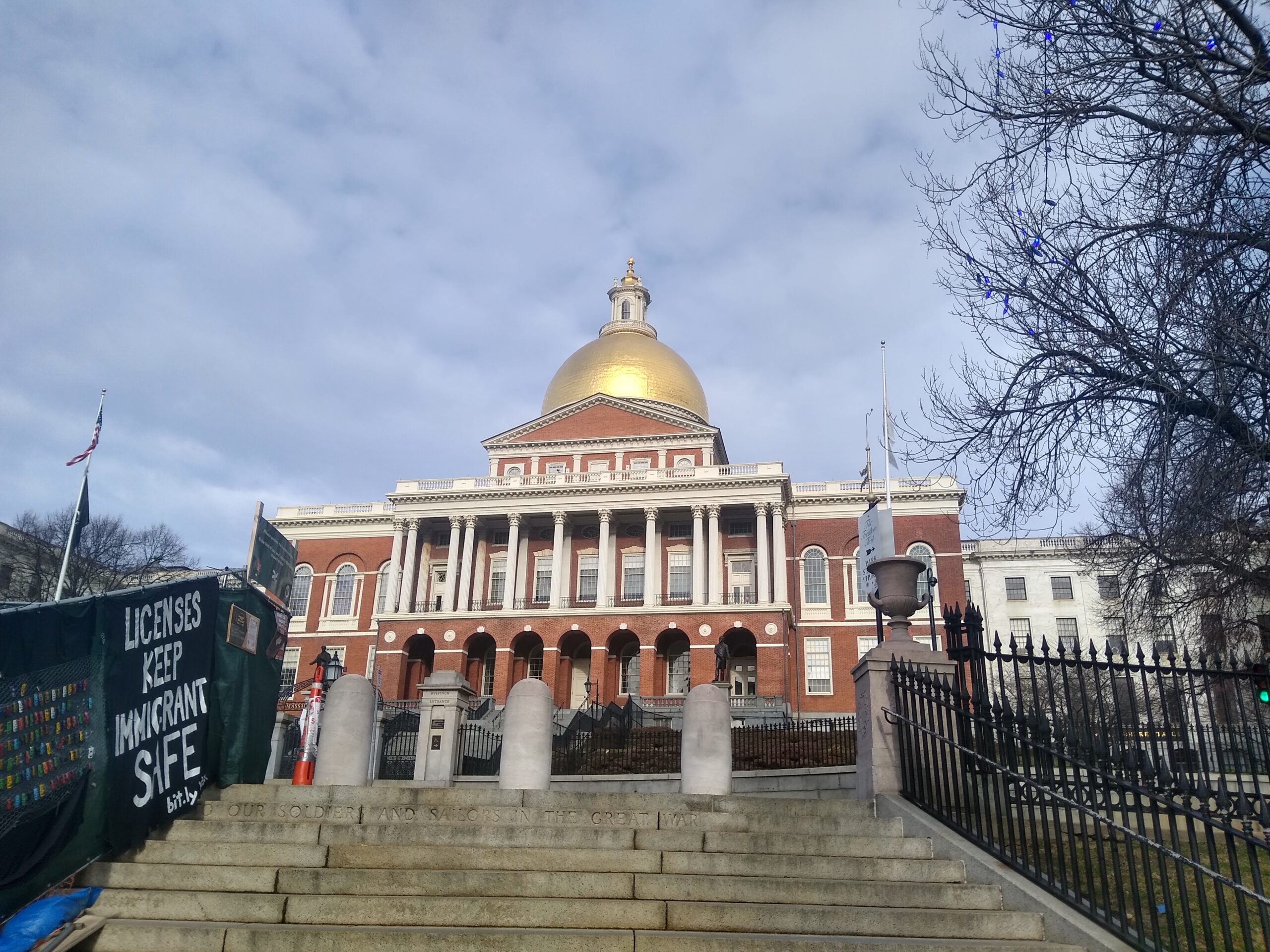 With Boncore gone, who will be at the wheel on the Senate side of the Transportation Committee? (WMP&I)

Back in July, as the legislature eyed its August recess, there were signs of impending change. Senator Joe Boncore of Winthrop began telegraphing interest in a job at the Massachusetts Biotechnology Council. He made the move earlier this month. Boncore is hardly the first legislator to bail mid-term. Yet, his exit opened the Senate chair of a key committee likely to get more attention very soon: Transportation.

With money flowing in from the American Rescue Plan Act (ARPA) and a pending federal infrastructure bill, the next Senate chair could play a key role in how Massachusetts digests both. With tons of infrastructure projects on Western Mass’s wish list, the role has implications for the 413. Plus, Boncore embraced the role eagerly, raising expectation for his successor.

“Transportation has been such a huge, necessary focus,” said Abbie Goodman, Executive Director of the American Council of Engineering Companies of Massachusetts. There will be reports a new chair would have to come up to speed on and  interested parties to catch up with.

For now, Transportation Committee Senate Vice-chair John Keenan, a Quincy Democrat, is effectively acting Senate chair. Like many of the legislature’s committees, the transportation panel consists of reps and senators and has a House chair, vice-chair and ranking member, too.

Given the breadth of the committee’s jurisdiction and 2/3 of the legislature’s term still on the clock, Keenan could be balancing a lot alongside his other committee assignments. He presently chairs the Housing Committee for the Senate. Keenan’s office declined to comment on whether he would seek to officially become chair.

Bonsoir, Boncore! But who will say Bonjour for Senate Transportation policy? (via Twitter/@joeboncore)

Senate President Karen Spilka would have final say on the committee’s makeup. There could be a regular slot and/or the chair to fill. Her office did not reply to inquiries on timelines or plans for replacing Boncore on the Transportation Committee.  A special election in January will fill his district’s seat.

Among talked about contenders are Brendan Crighton of Lynn, Eric Lesser of Longmeadow and Susan Moran of Falmouth. Both Lesser and Moran serve on the Committee now.

Beacon Hill tea leaf-readers largely agree on the Senate chair’s influence generally, but differ on its impact in the short-term. The legislature’s principal concern through November will be redistricting and spending the billions in ARPA funding. While Congress deliberates the fate of its infrastructure package(s), Rescue Plan funds could become transportation spending in one form or another.

Spilka has signaled transportation is one of her favored areas of policy, too. Her policy advisors on transportation had worked closely with Boncore, underscoring the importance of the chair itself. The Senate had put a lot of effort into such legislation last year. However, it mostly disappeared as the shroud of the coronavirus fell upon the commonwealth.

The potential for influence as Senate chair is broad. Chris Dempsey, formerly of Transportation for Massachusetts, and now a candidate for state auditor, said the Committee covers a lot of ground. He said that was is because the commonwealth is both an operator of services and an owner of infrastructure. It operates services, mostly through transit agencies, and it builds and maintains the roads and rails they and private services run on.

“It is a special area of state government because the state is both,” he said. Therefore, the Transportation Committee is “a place where you can really leave a mark.”

There certainly is no shortage of problems. The MBTA is still broken. Regional transit authorities are still underfunded. Structurally deficient bridges abound.

This had been front of mind for Boncore. While his office did not make him available for comment before his resignation last week, he had laid out an ambitious agenda while speaking to Commonwealth magazine in March. He had introduced legislation which he called the New Deal for Transportation. It included a suite of measures including gas and parking taxes while funding free transit rides.

“It really is a broad set of values the Senate believes we need to make our system a more equitable system,” he told the magazine’s Codcast.

Mattapoiset Rep William Strauss, the House Transportation Chair, did not respond to a request for comment on Boncore’s tenure and possible future Senate counterparts.

Advocates praised Boncore’s tenure as chair and look for somebody who will pursue policy that improves quality of life statewide.

Stacy Thompson of LivableStreets Alliance, which advocates for walkable and bikeable cityscapes in Metro Boston, said Boncore put a lot of thought into his bill. Thompson mentioned Boncore’s willingness to pursue Uber & Lyft fees and his legislation’s regional ballot initiatives. The latter would let sections of the state could vote to finance projects by taxing themselves.

“I think it’s going to matter a lot,” she said of who become the next chair.

“We need someone who understands that every region has unique transportation needs and that all of those needs need to be met,” Thompson continued.

While less top-down than the House, the senate president and figures like the Senate Ways & Means chair, currently Michael Rodrigues of Somerset, remain crucial. Still, the Senate’s smaller, more collegial atmosphere leaves space for committee chairs to work. That matters in a technocratic area like transportation.

Depending on the  engineering west of Worcester, better, faster and more frequent rail service between Boston and the Massachusetts Occident could manifest in different ways. However, the line also carries existing commuter rail service and competing—or maybe complementing—demands for infrastructure and service before moving west from the Woo.

Any senator might covet the post and bring their own priorities. Sources say Boncore had a sympathetic ear to rail projects like East-West service. His now-former district was heavily transit dependent. The same railfandom could apply to any would-be chairs the commentariat has considered.

Senators Crighton, Keenan and Moran all rail needs in their districts. For example, Lynn, Crighton’s hometown, has sought more commuter service and a Blue Line extension for decades. As for Lesser, obviously he is East-West rail’s biggest champion.

Goodman, the state council of engineering companies head, said the challenges of the next Senate Chair faces will be manifold. They will face a tremendous backlog of repairs and modernization and growing need for climate resiliency.

“Ideally, a new Chair will continue a long history of the committee’s engagement with the perspectives with a variety of stakeholders, while recognizing that public safety is paramount as they work together to fund a system to meet the future transportation needs of Massachusetts residents, businesses and visitors,” she said.

With Spilka tight-lipped about succession thus far, she may just let Keenan stay put as vice-chair. It is not uncommon for vice-chair to stay on as chair following a vacancy. However, the temptation of the role’s influence may stoke competition and make the status quo untenable.

Beacon Hill observers think the Senate could begin another large transportation push, whether during the ARPA debate or soon thereafter. Boncore may have gone, but his bill still lives. At least parts of it could be fodder for future hearings. By next year, hopefully less coronavirus could leave space for other conversations.

Whatever happens, advocates with both statewide and region-specific outlooks agree the moment no corner of the commonwealth can afford to have this moment wasted.

“I just think we couldn’t be at more of a pivotal moment for the entire state,” said LivableStreet’s Thompson. Having somebody in that position that isn’t going to fall into the whole habit of pitting North Adams against Cambridge is who we need in that role.”