This is the first in a series of Holyoke mayoral candidate profiles ahead of the 9/21 preliminary.

UPDATED 8:27AM: To reflection a correction that more accurately describes Sheehan and Garcia’s current jobs. 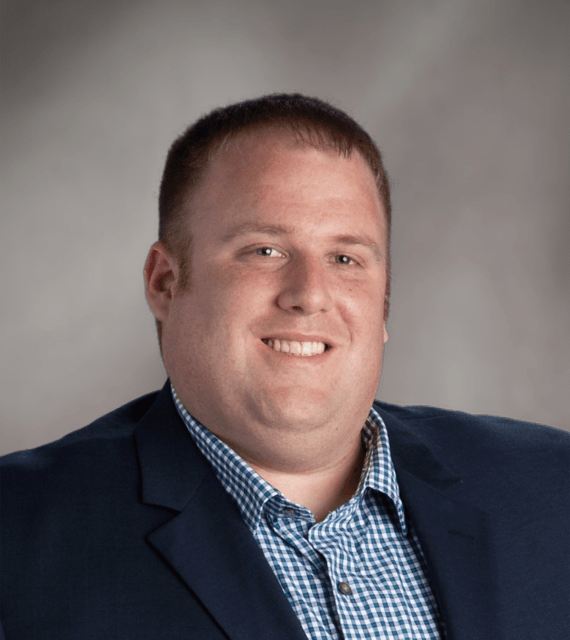 After 12 years on the School Committee, Sheehan says he’s ready to be mayor. (via masc.org)

HOLYOKE—For a political junkie like native Holyoker Devin Sheehan, going to college in New Hampshire made perfect sense. The experience did not disappoint. Presidential candidates came through. He worked on two campaigns and even visited Dixville Notch, a locale with a place Granite State political lore.

When fate returned him to Holyoke, the local political bug took a bite and he ran for local office. On the School Committee, where he has served since 2010, he found a wonk’s feast of impactful policy. Now he wants to take that experience and leverage his relationship here and across the state as mayor.

“My passion is Holyoke,” Sheehan said when asked why he was running.

His coworkers knew this to be the case when they jokingly discuss how to dissuade him. “I kind of brought this up to my boss and one of my other co-workers said to her, ‘can you just can you give him a raise and he’ll stay?’”

Sheehan, who is giving up his School Committee seat to run, is pitching himself as a consensus-builder with the contacts the city needs to address its challenges.

Sheehan has formed them on the School Committee as well. His colleague Mildred Lefebvre, the Ward 1 Committee member now seeking Sheehan’s seat, credits her colleague with supporting her rise to prominence on the Massachusetts Association of School Committees (MASC).

“When I was first elected to serve on the Committee, I was very nervous,” emailed Lefebvre. He introduced her to MASC. Today she is the group’s secretary-treasurer and an advocate for Latino students. “Devin immediately took me under his wings and mentored me over the years.”

In an interview at Barnes & Noble;’s café here, Sheehan, 38, discussed his foray into public education and how it led him to the mayor’s race.

The Sheehan family once owned a dairy farm, which can resonate in a small city like Holyoke. Extended family includes the late Neil Sheehan who broke the story on the Pentagon Papers for The New York Times. Sheehan’s parents divorced when he was a kid. Sheehan’s father was a state trooper. His mother went to work in City Hall. From there, he found himself holding signs for myriad candidates over the years.

After graduating from Franklin Pierce College, he came home and eventually secured a job at MassMutual. In 2009, he learned his ward School Committee member, whom he knew from his days as a student rep, was retiring.

“I think I jumped in, like so many candidates, when they first start, you don’t really know what you’re doing,” Sheehan said. “And you just kind of figure it out as you go along.” 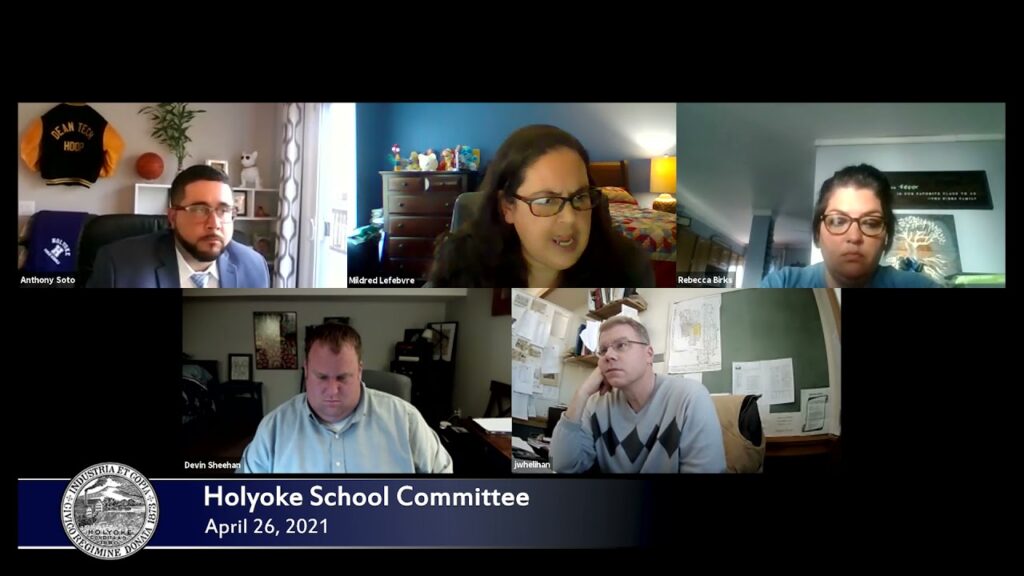 The School Committee pivoted to the virtual quickly…and interest bloomed. (still via YouTube)

Sheehan won and has faced little opposition thereafter including when he switched to an at-large seat in 2013. But weeks before the election, the Great Recession claimed his job. He would land at the Springfield Public Schools and become a senior analyst in its purchasing office.

At MASC, he climbed the ladder held executive positions including president. He serves on MASC’s national counterpart’s board. Much closer to home, he and his partner, Michael Dodge, cared for a foster child, whom they recently saw off to college.

Compared to other branches of Holyoke government, the School Committee has shirked the worst of the city’s ideological schisms. Still, at a Chamber of Commerce/Holyoke Taxpayers Association debate this past week, Sheehan faced a critical race theory question. (He swatted the question away by explaining Holyoke schools teach students history and how to have difficult conversations).

“I think his people skills are very good,” Marc Joyce, a former city councilor for Ward 7, said of Sheehan. Joyce added that City Hall needs to be rebuilt, in a personnel sense, given its vacancies. Several departments including Law and Personnel have acting leaders, to say nothing of the acting mayor and acting treasurer.

“It’s going to take a lot of work by an experienced leader to get people in there who want to be there,” Joyce continued.

Economic Development tops nearly all mayoral candidates’ priority lists. Many, if not all praise Aaron Vega, the former state rep who now leads Holyoke’s economic development department. Sheehan does, too, but he also wants to see city database of available properties for prospective businesses to utilize. It could also be a venue to prioritize tax credits where prudent.

“I think it’s having a good portfolio of space that, if someone calls up and says I need this space, that they can build on,” he said. 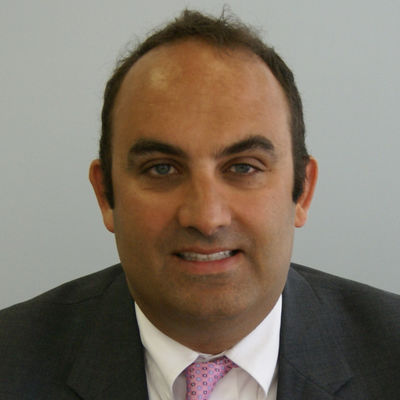 Stephen Zrike–and his successors–have worked with the School Committee, which was not inevitable. Supporters of Sheehan credit him with ensuring the relationship worked. (via Barr Foundation)

With education such a large part of his identity, it is impossible to ignore that the schools are in receivership. However, Sheehan gamely took the issue on.

“I went into that opposing it and here’s the same thing that I told others,” he said. “I still oppose it and I will definitely, I mean it as a leader, I will take responsibility that we need to do better for our students– and we always do.”

Those who know Sheehan confirm he fought receivership until the end. He recalled a full War Memorial auditorium downtown where residents rallied against the takeover. Then he drove out to Fitchburg for the state education board vote. Receivership happened anyway.

Both Lefebvre and Oliveira attested to the School Committee remaining relevant, which was not inevitable. Oliveira suggested other school boards might have faded out entirely.

“The [Holyoke] School Committee actually asserted a lot of authority and had a lot of say with the former receiver-superintendent Stephen Zrike,” Oliveira said.

“Devin worked collaboratively with Dr. Steve Zrike, who ultimately sought out the support and assistance of the School Committee,” Lefebvre added.

Sheehan, who was vice-chair of the Committee at the time, said this was his goal. Despite his opposition, he wanted a collaborative relationship with the receiver.

“We may not agree with the politics around it and the way it happened, but we know that and we really saw with Steve and I think it was also the leader that he was that he cared for the students,” Sheehan said. This was particularly important in the early days of the pandemic when Holyoke schools became conduits for support services from food to remote education. The Committee provided the receiver’s office with ears on the ground.

That has continued under Anthony Soto, a Dean Technical Graduate who now serves as receiver-superintendent.  Soto had been a colleague of Sheehan’s at the Springfield School Department.

Now the city needs a mayor, who chairs the School Committee, who will press the state for  answers on when local control can resume. Clear benchmarks have become even more important as Holyoke schools begin rebuilding after a year of remote learning.

Something that Sheehan said the School Committee was able to lead on was communication during the pandemic. The Committee did not just go virtual, but began providing simultaneous translation into Spanish months before other city panels. That, he says, sets a precedent for addressing another issue the next mayor will face.

Few would decry Morse’s embrace of the city’s Hispanic community, which is principally but not exclusively Puerto Rican. Morse was fluent in Spanish and made a specific effort to address this community’s concerns and make it feel like City Hall was available. Mayoral candidates want to this environment to endure.

Unlike some candidates, Sheehan does not speak Spanish, but he promises City Hall will remain accessible to all residents. (WMP&I)

Sheehan is not bilingual, but he committed to having an accessible City Hall that welcomes Holyoke’s Latinos. “I will obviously have a commitment that my office will have people who speak Spanish in it, and that not only speak Spanish, I also know the culture,” he said.

This was serious promise according to people who know Sheehan.

“He’s a white Irish guy from Holyoke but what you don’t understand is his sense of advocating for people that tend to be marginalized,” Rep Oliveira said.

The coronavirus is still present, if receding fitfully, but campaigning is returning to normal. Sheehan was the first to announce, but he did so in a virtual event. He was always going to knock doors, but it is not like last year. While campaigning for Oliveira, many more people were home. Now, the response rate is lower.

Still, getting in early had advantages. Sheehan locked in support to make up for any financial advantages his opponents may have. So far, he has raised about $26,000 placing fourth in the money race ahead of the September 21 preliminary. 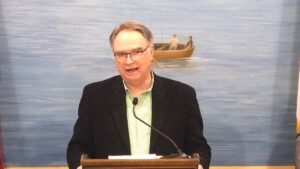 “It’s nice to see as many candidates as we have,” said Joyce, the former councilor. “I just think Devin was out early and often and I think he’s going to be a great mayor.”

The breadth of the field makes handicapping hard. Most if not all candidates have a base of support. Compared to the Boston race, which has had a few waves of polling, there is little public clarity about which two candidates will advance on to November. Campaigns must also adjust for the widespread early and mail-in voting, which the legislature extended during the pandemic.

Sheehan is not worried. He said the election will come down to voter contact and few others in this election has his history of advocacy for the city. He cited the hours he spent on the phone pressing the legislature to pass the Student Opportunity Act. If fully funded, it would be a boon to school districts like Holyoke.

“I just don’t know if anyone has that type of advocacy experience,” he said.