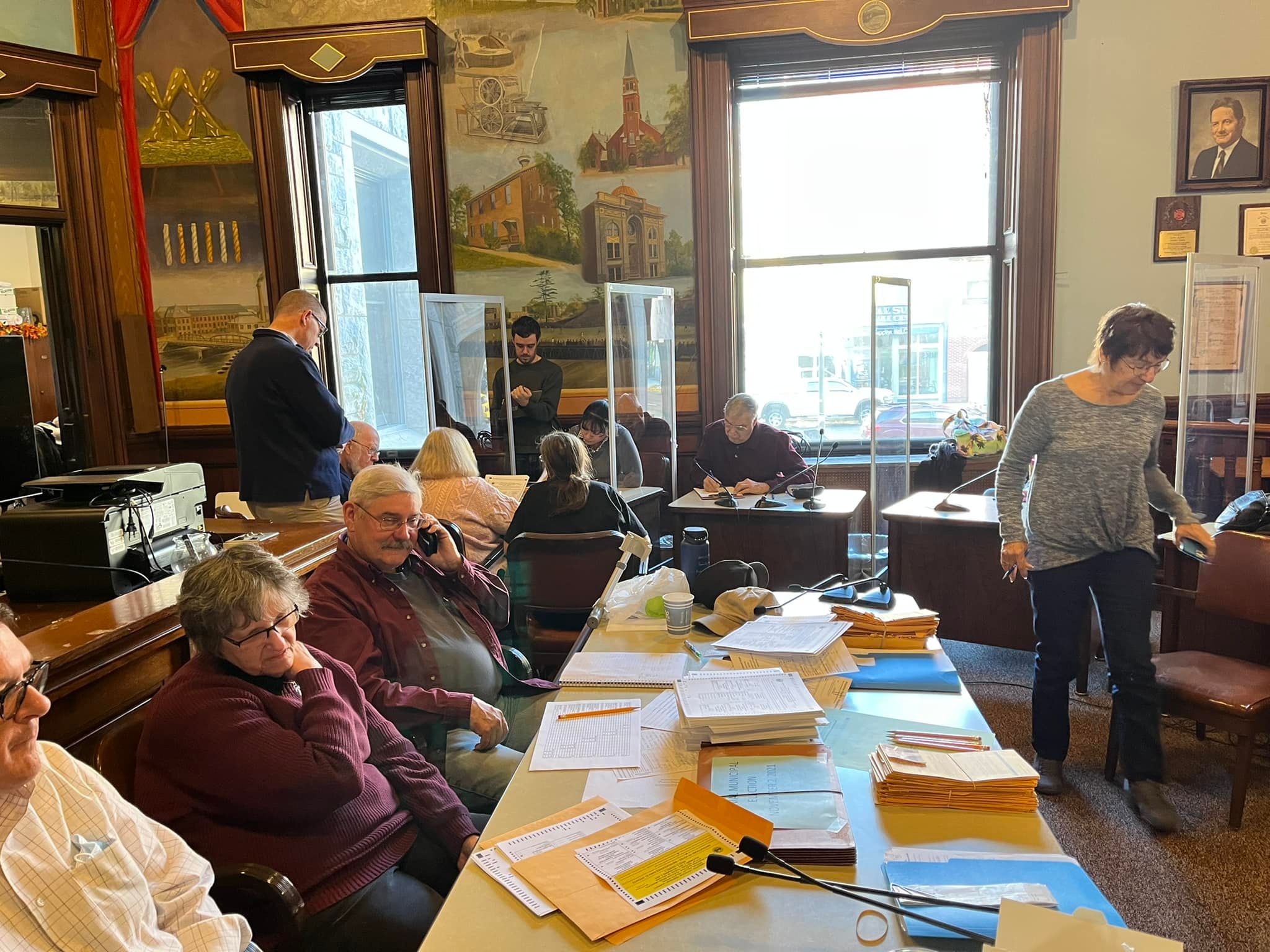 Where the magic happens. (via Facebook/Holyoke City Clerk)

The last election in Holyoke has ended Friday. A recount of the Ward 5 City Council produced the same numbers released in the city’s unofficial tally. City Clerk Brenna Murphy McGee announced that incumbent Linda Vacon has indeed prevailed over her challenger Guy O’Donnell. The challenger had requested the recount after hearing a hand count had tabulated a few ballots.

O’Donnell conceded on his Facebook page and congratulated Vacon on her victory. Vacon had been confident in her lead and noted ahead of the recount a large enough of an error to reverse her 18-vote lead was improbable. In the end, she was correct. Yet, nobody seemed especially bothered that the process had to happen.

“I believe it’s important for residents to see that the integrity of our elections is always a top priority of mine,” Murphy McGee said on her office Facebook page. Before thanking her staff and the Board of Registrars, she observed that the recount provided an opportunity, too.

“I also feel this recount came at a perfect time to show that our new election machines are spot on,” she continued.

As she had observed after O’Donnell turned in signatures to request a recount, Murphy McGee is no recount novice. Since taking office in 2014, her office has handled two recounts. Voters elected her the year before and she assisted in a recount—not hers—from the same election.

tl;dr Vacon: We are the champions, my friends… (via LinkedIn)

In a public post on her person Facebook page, Vacon thanked her family, her volunteers, the Murphy McGee and the Clerk’s staff. She, too, noted that the machines were accurate.

“My confidence in our system and the new machines was validated by an orderly recount that resulted in No Change to the posted unofficial results,” she wrote.

Vacon’s confidence is, unfortunately, noteworthy as bad actors nationwide have questioned election results on the back of baseless accusations of fraud.

In his post on the recount results, O’Donnell, also thanked Murphy McGee. He, too, vouched for the reliability of the election process.

“The recount was an amazing thing to see. It really is a transparent and reassuring process,” he wrote. “The machines are great at counting votes and the elections are very well run here.”

He added that all of his volunteers and supporters played a role in making democracy stronger. However, he also made a special point to thank voters in the ward for their receptive and positive interactions.

The recount in Holyoke is not the only one in the Pioneer Valley. In Amherst, District 4 Councilor Evan Ross has filed for a recount after coming in 5 votes behind challenger Pam Rooney. That recount will happen this Tuesday November 23. Last year the region saw a recount in a state rep race in which Ludlow Democrat Jake Oliveira ultimately prevailed.