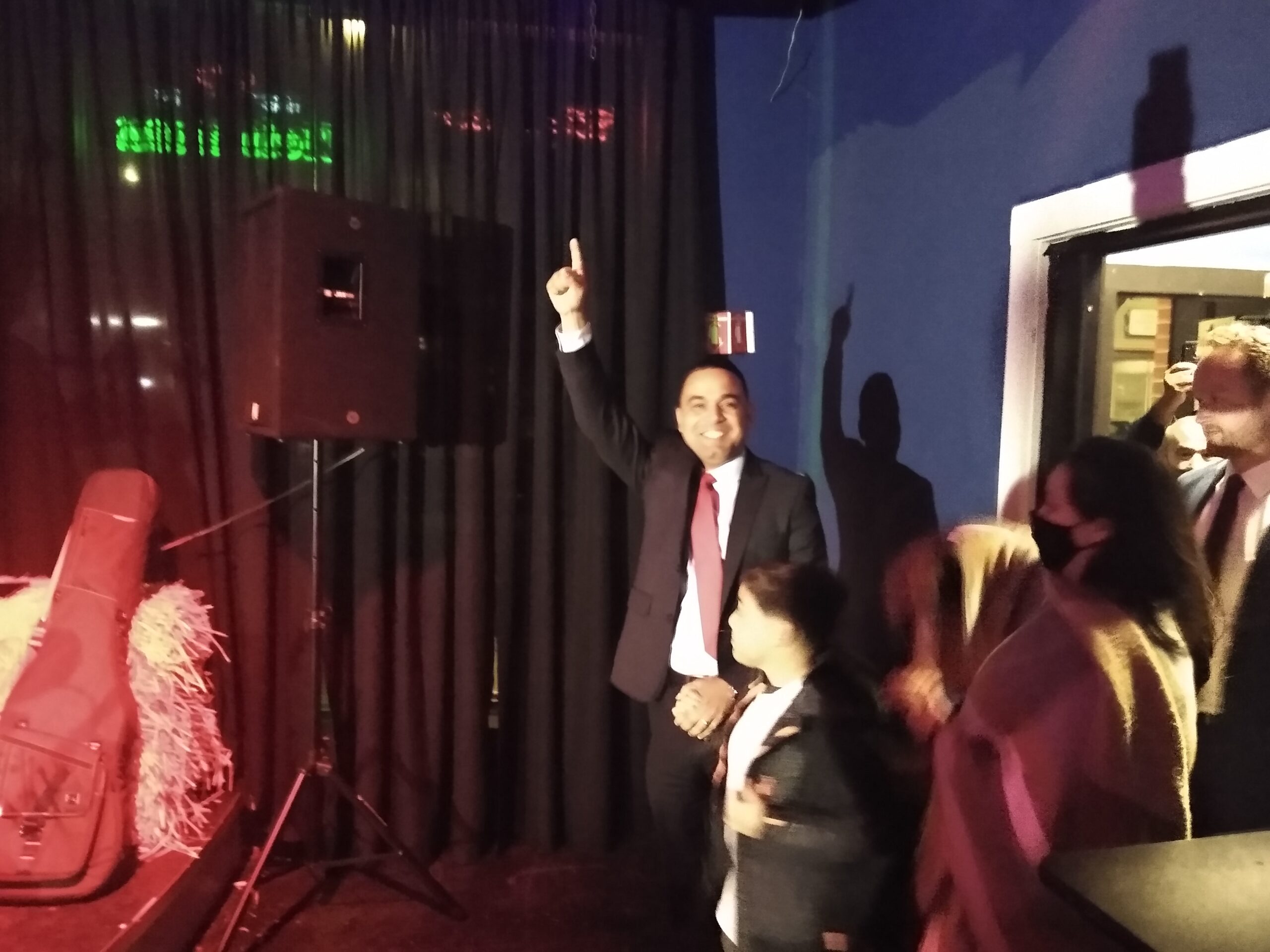 HOLYOKE—In an historic election at the edge of new era for the Paper City, voters sided with Joshua Garcia, installing the city’s first mayor of Puerto Rican heritage. The results bring to conclusion a drama that began 10 months ago when then-mayor Alex Morse retired and set off a scramble to fill the city’s top executive office.

Morse resigned to pursue a town management position on the Cape in the spring. With some legislative maneuvering, the City’s Charter was altered to allow the winner of the general election to take place immediately. Acting Mayor Terence Murphy will vacate the office in only a couple week and Garcia will take the oath.

Appearing almost overwhelmed at moments, Garcia acknowledged the history of becoming his city’s first Hispanic mayor but pledged to apply his energy to improve the city.

“I want you to know that you can count on my administration and everyone in this room tonight that we are going to work together to improve the quality of life and conditions of every neighborhood in our city from West Holyoke to South Holyoke,” Garcia said.

However, Garcia also paid tribute to the historic moment for Puerto Ricans who have faced discrimination in a city that become home to generation European immigrants.

On the trail, Garcia had leaned heavily on his municipal experience, first at the Pioneer Valley Planning Commission and then in Blandford. On the trail, the mayor-elect had said he helped the town out of a administrative morass after a former tax collected was arrested for embezzlement. Members of the Select Board and people in the municipal management community say Garcia won the trust of the conservative Hilltown.

Now, Garcia has won the trust of his fellow Holyokers. In defeating at-large Councilor Michael Sullivan, Garcia not only made history but triumphed over the city’s right. While Sullivan was not especially ideological himself, conservatives in the city had lined up behind him to seize the mayor’s office 10 years after Morse first did.

The pitch of Sullivan as a businessman and councilor did not come through. Compared to the preliminary, where he placed first, Sullivan was not as visible or active at campaigning. That suggests some resting on laurels.

That proved to be a mistake. Garcia surprised in the preliminary rocketing past well-known pols like at-large Councilor Rebecca Lisi and at-large School Committee member Devin Sheehan. Garcia had far less money than many of his preliminary rivals and got in late. But that experience in municipal affairs and stirring the Latino population—Holyoke has the largest Puerto Rican population off the island by some estimates—launched him into the general.

Now Garcia is set to take office in a city still famous for its St. Patrick’s Day parade.

In an interview, Garcia said he did speak to Sullivan, who conceded shortly after the polls closed. To Sullivan supporters, Garcia promised to govern for everybody.

“I hear you, just know that first and foremost, we’re all Holyokers,” he said. “We’re going to do what we can to be sure that we work hard to address the concerns that we all share, they share as well.”

Garcia said he expected a lot of meetings in the coming days. He had already taken a leave from Blandford in the general election.

A number of progressive candidates had won seats on the City Council, as well. Although former Council Kevin Jourdain returned, joining him will Israel Rivera, Tessa Murphy-Romboletti and Jose Velez. Incumbents Howard Greaney and James Leahy lost their at-large seats.

There were races elsewhere in the Valley, as well. Former Westfield Police Captain Michael McCabe unseated Mayor Don Humason. Humason, a former rep and state senator, had been a Whip City institution. However, he narrowly beat McCabe two years ago. McCabe returned with a vengeance.