Turning the Page is a series on the aftermath of Holyoke’s election. 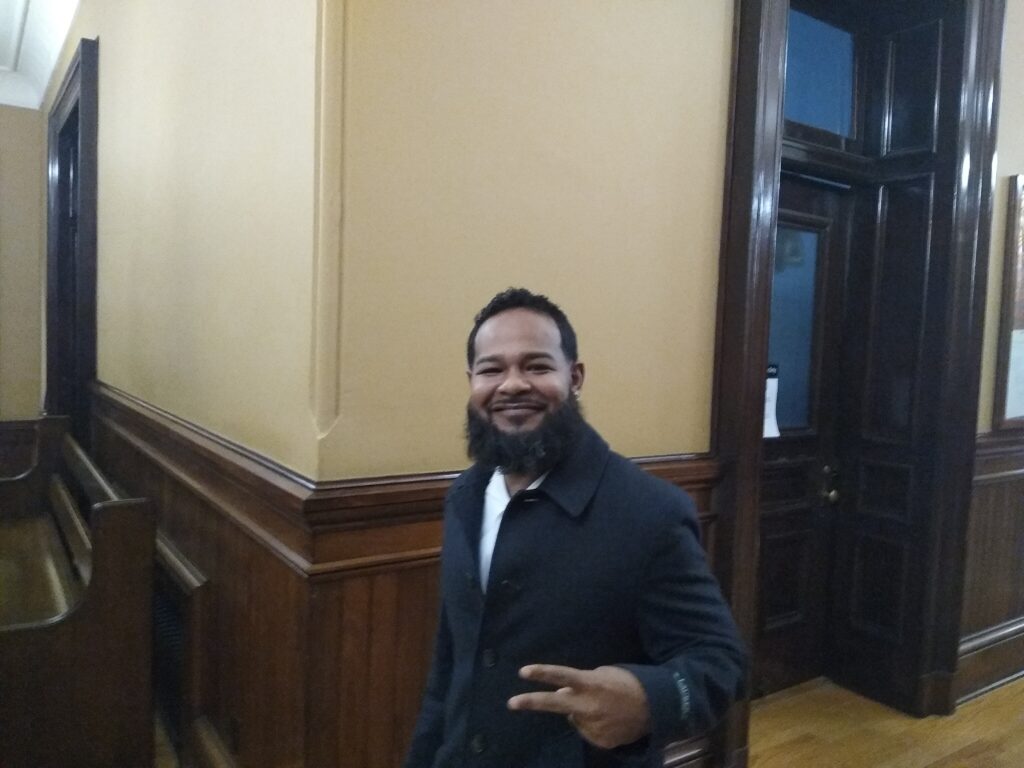 Before a single voter had cast a ballot in Holyoke’s election, five seats were going to change. Two at-large councilors were running for mayor and three ward councilors were moving on to different if not necessarily greener pastures. Voters filled those five seats, but they also overturned incumbents in two at-large seats, an extraordinary event for a multi-seat race.

Yet, the disposal of two incumbents was less notable than who will replace them. When Israel Rivera and Jose Luis Maldonado Velez take office next year, two Latinos will hold at-large Council seats simultaneously for the first time ever. Despite Hispanics becoming a majority in Holyoke, this month’s election results were not an inevitability. Now, the victories of Mayor Joshua Garcia and new councilors like Maldonado Velez and Rivera have flung open a door that at one time seemed only ajar.

“That was one of my biggest drives, and inspiration,” Maldonado Velez said of his soon-to-be-colleague Rivera. “He didn’t change who was. He owned his story. That’s important.”

Latinos have had success in the Council’s ward seats. The lower wards, commonly identified as Wards 1, 2 and to some extent 4, have all elected Hispanic councilors before. Ward 6 Councilor Juan Anderson-Burgos first won office four years ago, taking a seat now-Ward 7 Councilor Todd McGee once held. Anderson-Burgos’ immediate predecessor was Kevin Jourdain, who won an at-large seat this year.

In interviews, both councilors-elect underscored their desire to better represent Holyoke’s lower wards, which are predominantly Puerto Rican. However, they also echoed Garcia’s desire to represent one Holyoke.

Though their trajectories differ significantly, the at-large councilors-to-be share roots in Holyoke institutions like the Boys & Girls Club. Rivera was a youth leader there and known around the neighborhood Maldonado Velez recalled.

Rivera ran in 2019 with that same desire to bring experience from the Flats and South Holyoke to an at-large position. But it also had the affect of inspiring others like Maldonado Velez. After last year’s protests following the death of George Floyd, Maldonado Velez felt an obligation to seek office.

“Izzy was the introduction. We can run,” Maldonado Velez said of Rivera’s inspiration to young Latino Holyoke residents like himself. “Last summer was like yeah we have to run.” 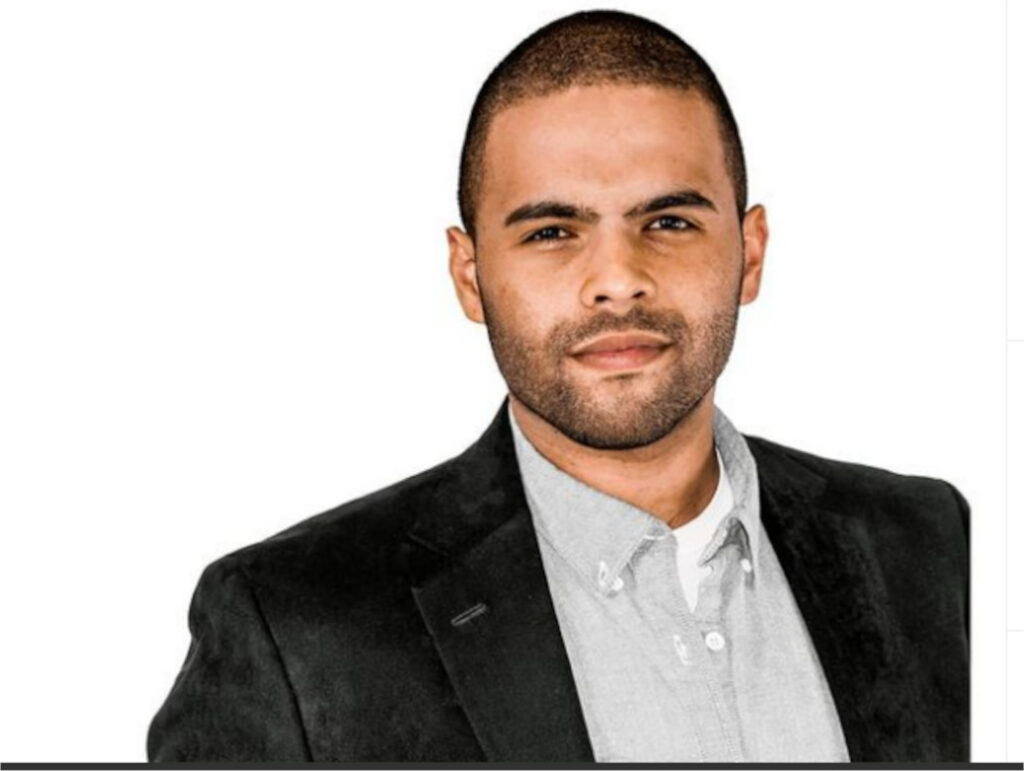 Speaking by phone, Maldonado Velez waxed positive about Holyoke, noting its history as a wealthy industrial powerhouse. Its reign as a capital of paper may be over, but he emphasized the possibilities, nonetheless. This election, he said, opened things up to more people, even off-beat folks like himself.

The at-large councilor-elect, who works at Hampshire College, maintains a side business crocheting nick-nacks. A few years back, he took a multi-month journey across the country. He couch-surfed and made money with his artsy designs. That traveling also revealed something else to Maldonado Velez about what people were missing.

“Seeing the different ways that we live, realizing how much the national politics influences at the local level in a negative way, we don’t really think about how laws can affect [residents] on the local level,” he said.

Rivera’s first run for Council came about after observing structural issues that can affect quality of life citywide. While he acknowledged politicians who earnestly sought to address the city’s problems, Rivera said the message may not always get through.

Some pols may only come around at election time. Others, to their credit, are more persistent. Yet they still may not reach residents of the lower wards. He suggested he could be a bridge.

“I have a connection with a part of the community that government that has usually had issues connecting with,” Rivera said, referring not just to electeds but also social service agencies and activists. 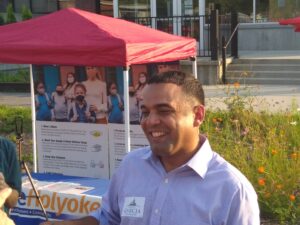 As a candidate and now mayor, Garcia has not shied away from history, but he has foregrounded the common goals of all Holyoke residents. (WMP&I)

“I agree 100% with the One Holyoke piece,” Rivera said in a phone interview, referencing Garcia’s rhetoric. While he wanted to bring more representation to the lower wards, he acknowledged that the upper wards had helped put him over the top.

“For me it is to try to merge the two. Bring both parts of the spectrum together,” he said.

Rivera cited an example with the city’s outdoors spaces. As the chair of the Parks Commission, Rivera described a mismatch of resources. Strangely, the poorer areas of the city benefited because Community Development Block Grant funds can only go to qualifying areas. The better-off neighborhoods are ineligible. He said the Parks Commission has been working with the city’s Community Preservation Committee to use some of its open-space allocation for park upgrades in Wards 5, 6 and 7.

While the Council does not take office until next year, Garcia became mayor Monday. He will be filling out the remainder of former mayor Alex Morse’s term. In media interviews since Election Day, Garcia has maintained his desire to move past the city’s divisions, racial or otherwise. Yet, the historic nature of this election looms large.

On the Council level, that is just as true. Both Maldonado Velez and Rivera recognized Hispanic forerunners, many of whom were community activists and ward officials. Holyoke has had two at-large city councilors before, Alejandro Sanchez and Aaron Vega. However, their at-large tenures were nearly a decade apart. Sanchez also briefly served as Ward 1’s Councilor. Vega later became Holyoke’s state rep seat. He currently heads the city’s Planning & Economic Development department.

This will be the first time two Latinos hold citywide Council seats at the same time. They along with Mayor Garcia and at-large School Committee-elect Mildred Lefebvre form a quartet of Latino officials elected citywide this year.

Echoing how Rivera’s first unsuccessful campaign had been inspiration along, Maldonado Velez observed, “I’m already thinking that who are the leaders that are going to step in.”

Rivera recalled how as a kid holding signs on street corners prompted a different response from police—that is, none at all—than just idle loitering. The names on the signs were leaders, he remembered thinking then. 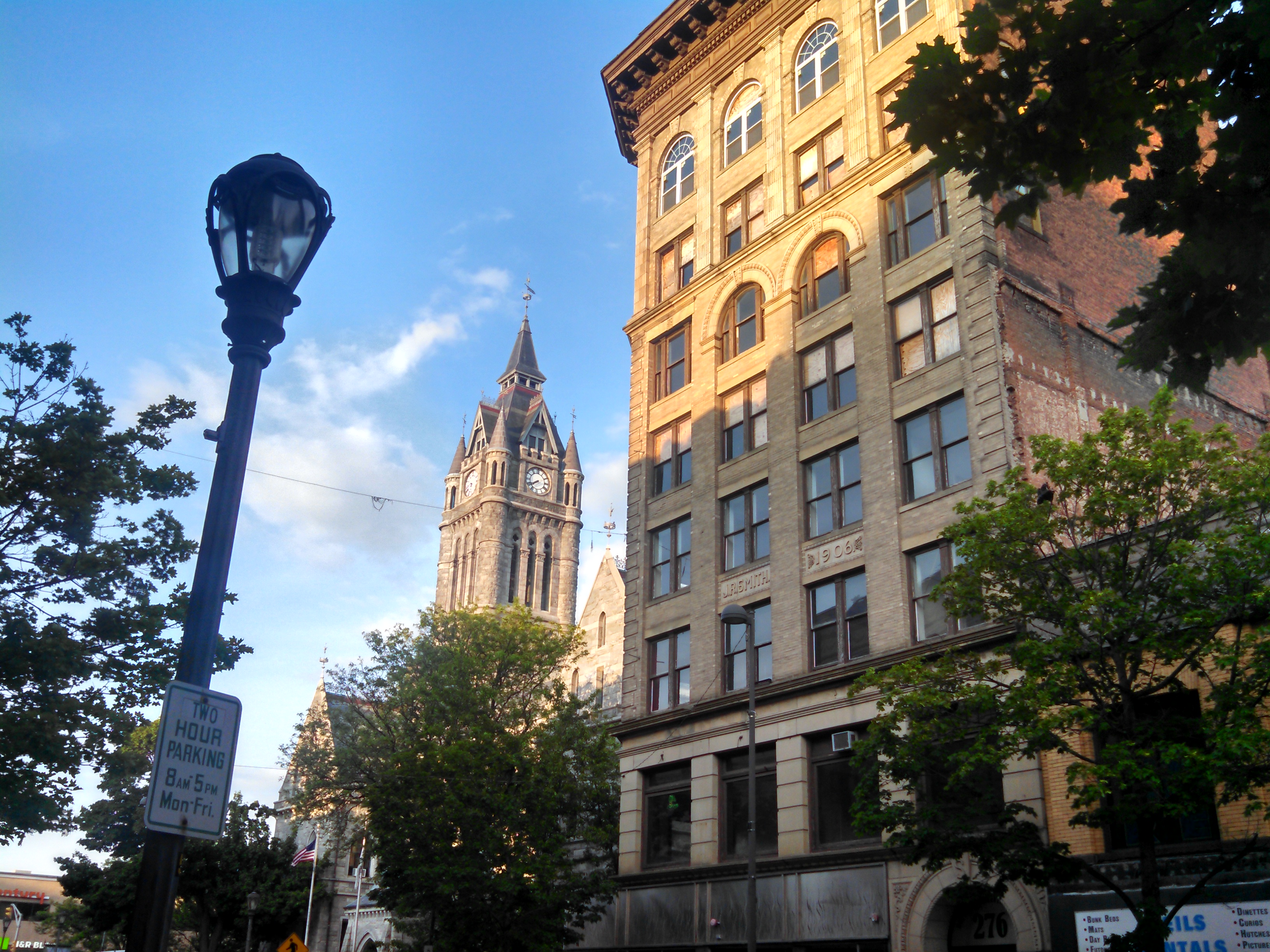 Having officials who are also role models makes a difference. Rivera said a young neighbor of his told all his friends about the campaign.

“Whether they know what it means or not, they know it is something powerful, something cool,” he said.

Rivera said people told him they voted for the first time ever because they knew him from Boys & Girls Club or coaching youth sports.

While they have begun to dig into the procedures that await them in January, the councilors-in-waiting are laying out priorities, too. For example, Maldonado Velez wants to improve City Hall’s accessibility, both in terms of efficiency but also availability of city services online. Rivera is planning on building coalitions to address homelessness, substance abuse and youth empowerment.

Things are moving quickly, though especially from the election’s waning days and hours when neither were even sure they would win.

“That whole night was like a blur. I think it started hitting me when I started reading the articles the next day,” Maldonado Velez said.

For Rivera, he conceded worries he had not worked as hard as other candidates given what was going on in his life. Now employed at the Holyoke Public Schools, he is pursuing a masters in public administration at UMass-Amherst. His wife was also pregnant for the campaign. She gave birth last week, the day before he spoke to WMP&I.

“I’m very happy to find out that the community wants to give me a chance to lead. To me that means a lot,” Rivera said.