Executive Privilege: Where the Fight for Number 2 Stands…

UPDATED 1/13/22 11:28PM: A previous version of this post suggested Bero’s residence is Carlisle. He used to live there. He lives in Boston now. 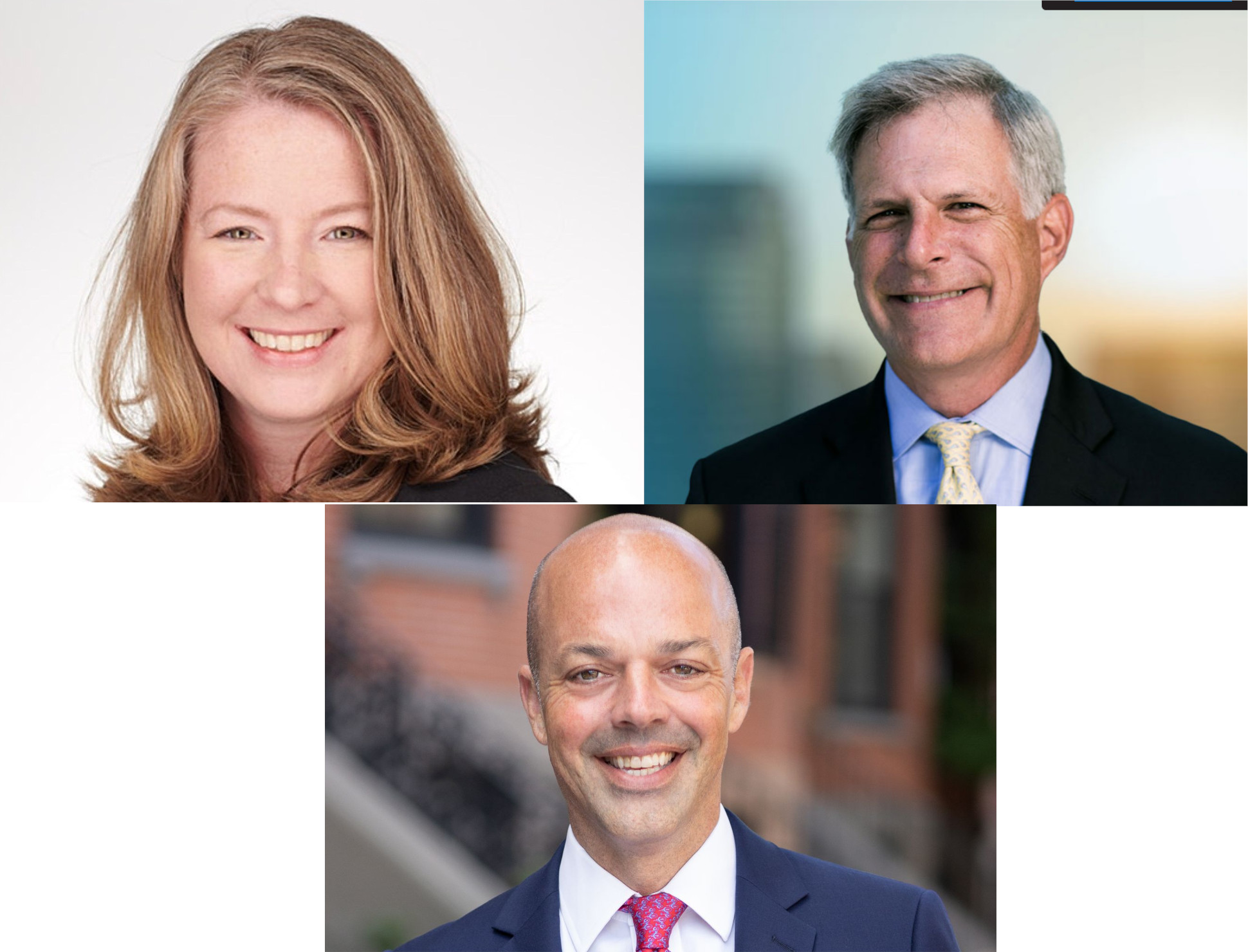 Party of 3? For now at least. (created via candidate photos)

SPRINGFIELD—The exit of Governor Charlie Baker blew up the race for the commonwealth’s top job. Three top Democrats had been pursuing their party’s nomination throughout 2021. However, the race for their running mate, that is lieutenant governor, also drew early interest in the low-key gig.

The office had no GOP takers as Lieutenant Governor Karyn Polito would have sought reelection had Baker done so. She, like Baker, is retiring and not seeking his job. Acton Representative Tami Gouveia, Boston businessman Bret Bero and Pittsfield Senator Adam Hinds have announced bids to be the next Democratic governor’s second-in-command. Though not unusual for the office, all now seek statewide after somewhat short political tenures.

“Caring about people, centering the health and well-being of all people is what I think really matters to the people in the state,” Gouveia said in an interview earlier this year, “not how many years have I been in the Massachusetts house of reps.”

Lieutenant governors mirror vice-presidents, though with arguably less visible power. They serve as “acting governor” when the elected governor is absent to resigns. This was former lieutenant governor and Western Mass pol Jane Swift’s title after Paul Cellucci resigned. Otherwise, the constitution only obligate the LT to chair the Governor’s Council.

Lieutenant governors have become a liaison to specific constituencies. Polito, like Democratic predecessor Tim Murray has been a state contact for local officials. When then-Holyoke mayor Alex Morse learned about the Holyoke Soldiers’ Home last year, he called Polito.

The candidates running now all have ideas about how they would use the office, but they must win the Democratic primary first. Voters choose the governor and lieutenant governor next September who run as a joint ticket in November.

Because the race for LT does not drive the nomination process, it often lacks profile. Yet, lieutenant governor candidates need to secure 15% of the state Democratic convention to appear on the primary ballot, just like any other statewide candidate.

Steve Kerrigan, the Democratic nominee for lieutenant governor in 2014 and a former staffer for Senator Edward Kennedy, said it helped him and should be helpful to today’s contenders. He started in early 2013, nearly 18 months before the primary.

“I had no name ID and no money in the bank,” he said in an interview. “It was a strategy that really works. By the time that the end of that year came, we had the endorsement of dozens and dozens state legislature and folks around the state.”

The candidates for 2022 face additional impediments. Variants or not, the volume and breadth of in-person events remains lower than usual. The off-year Democratic convention went virtual, voiding a key organizing opportunity.

By this time eight years ago, Kerrigan’s eventual running mate, then-Attorney General Martha Coakley was already in the race. She was actually the last heavy-hitter in following then-Treasurer Steve Grossman and former Medicare/Medicaid administrator Don Berwick.

“The fever pitch was a little high on our gubernatorial race long before it was now,” he said.

During an interview with WMP&I in downtown Springfield a few months ago, Gouveia highlighted the lieutenant governors’ recent role connecting to communities. She pointed to a decline in trust between local leaders and the corner office.

Growing up in Lowell shaped Gouveia and sparked her political interest, but she did not pursue elective office there. (via wikipedia)

Originally from Lowell, Gouveia had an interest in public service but the city’s then-very male, cloistered, backslapping politics were not for her. Rather, after attending Mount Holyoke, she pursued a career in social work and public health. Indeed, one state-local relationships she sees fraying is between the state and local public health officials whom the Baker administration had blinded throughout the pandemic.

After living in Acton for many years, Gouveia’s state rep seat opened in 2018. She rode a grassroots, door-knocking heavy campaign to victory. To become LT, however, Gouveia will need to build new relationships, which was why she announced nearly 15 months before the primary.

“I am committed to getting out across the state to talk to everyday average people, leaders of local organizations and institutions, as well as local municipal leaders, elected officials, appointed officials, what have you,” she said. “In order to do that well, and to do it in a way that’s really meaningful, I need more time.”

The pandemic not only changed how candidates run. It also looms large in the candidates’ agendas.

Bero, who once owned a company in Orange, entered the race thinking about the impact on small businesses. In addition to the blow the pandemic delivered directly, it exacerbated preexisting problems like housing and childcare.

“There’s a whole host of structural issues that ring true, almost regardless of party and regardless of position,” he said in an interview earlier this fall.

Bero, too, always had an interest in public service. However, his experience is more limited: a stint on the Carlisle finance committee. Following the January 6 insurrection, the urge to contribute more grew. Yet, he wanted to consider offices to which he could apply his skills. State Auditor, a position incumbent Suzanne Bump is vacating, was not the right fit. Lieutenant governor, a more malleable position was.

The focus on small business comes in part from his own career. They often face the brunt of regulations, he said. However, they are also pivotal to local communities, especially those with little or no large corporate presences.

“There’s not a big business there,” he said of regions like Western Mass. “If a small business closes its door out there, the community is really hurt.” 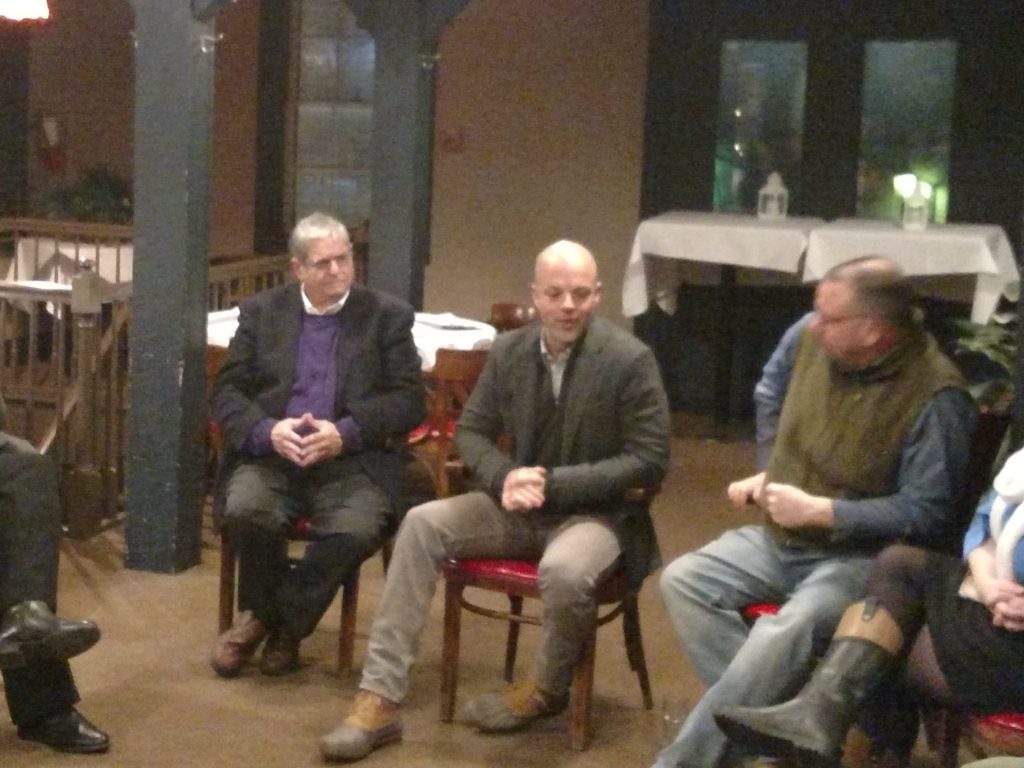 Hinds meeting with constituents alongside North Adams’s rep and mayor in 2019. (WMP&I)

For Hinds, now in his third Senate term, this “unique moment” spurred him to run, pointing to the brunt of the pandemic and racial reckoning after George Floyd’s death. Yet, these challenges come at a time of unprecedented federal assistance and swelling state coffers.

“This moment calls for more than the status of quo. It’s going to take visionary leadership,” Hinds said in an interview. “That’s what I’ve done my entire career including work in the middle east with the United Nations.”

As it happens, Hinds is chairing a Senate committee investigating the state’s failing and mulling how to improve them post-pandemic.

Originally from Buckland, Hinds landed in the Senate after globe-trotting for the UN and community work in Pittsfield. Asked how his UN career fit into his LT pitch, Hinds said it evidenced his willingness to tackle hard challenges, such as several in the Middle East from Syria to Iraq. Those endeavors, he noted, required bringing warring and disparate groups together.

Like Gouveia, however, Hinds also cited a declining trust in government among people.

“There is a sense that government doesn’t listen to them, doesn’t see them and doesn’t, act for them,” he said.

As the senator for the commonwealth’s westernmost frontier, Hinds represents areas far afield from and out of mind in Boston. Yet, that feeling can develop even within eyesight of Beacon Hill. Pointing to endorsements he has racked up recently, he thinks his pitch of relating to but combating such alienation has been working.

Still, there is a long way to getting on the Democratic ticket. Among the announced three, Hinds had the most cash-on-hand: nearly $218,000 as of November 30. Most of his funds predate his October LT announcement. Bero had just under $135,000 thanks in part of a $200,000 loan he gave himself. Gouveia had almost $18,000. However, this may be misleading as her campaign finance reports show consistent fundraising and expenditures since she entered the race in June.

The looming threat for the candidates as they prepare for the caucuses—which elect convention delegates—is new entrants. Driscoll, Koh, Lesser and other speculated candidates, could quickly marshal existing campaign accounts and connections. 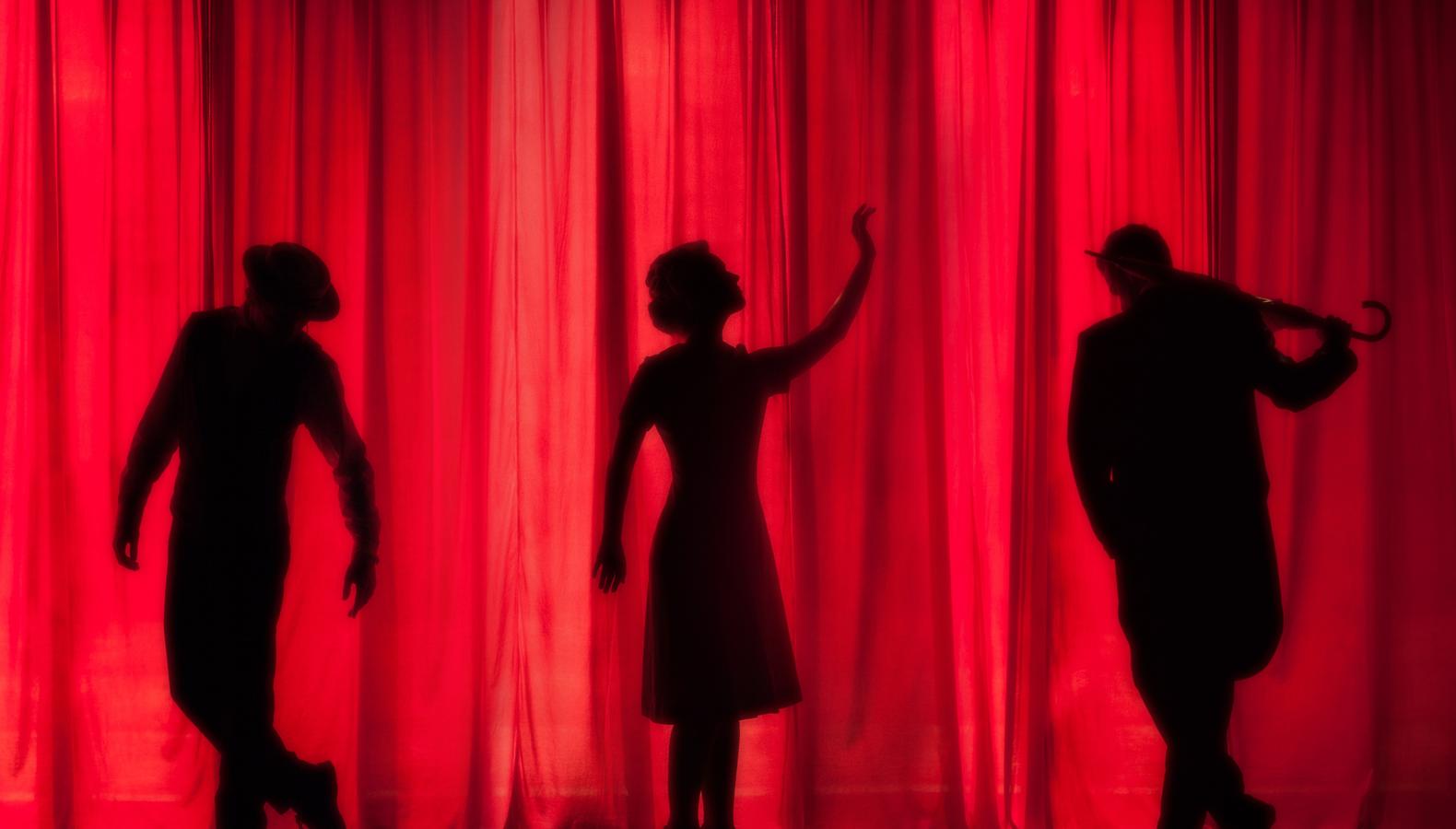 Could more LT candidates be waiting backstage? (via Unsplash.com/Backstage.com)

In a statement, Gouveia’s campaign emphasized that she was in the campaign long before Baker lurched into retirement because of her focus on the “health, well-being, and dignity” of Bay Staters. The campaign pointed to her emphasis on pandemic response, housing, health care and economic security.

“We’ve been building transformative relationships with leaders from across the state, listening to their concerns, and including their voices,” Gouveia campaign manager Kristen Elechko said in the statement. “There is no question that there is a sustained momentum building behind our campaign, regardless of who has publicly considered or announced their candidacy.”

Speaking to WMP&I, Hinds said other candidates’ actions did not and would not dictate his actions.

“I’ve never made a decision like this based on what the polls said and what others are doing. I jumped in because every single day, people in my district and people across the commonwealth relay to me we’re not getting the fundamentals right.”

However, Hinds may face a more specific threat. Lesser’s entry could keep him from consolidating support in the 413. To this, Hinds suggested that if Western Mass wanted a spot on the ballot it should unify.

“It’s not easy running from Western Mass and that’s an important piece of this,” he said.

A representative for Bero did not immediately respond to a request for comment about potential growth in the field.

Who runs is ultimately out of the current candidates’ hands. With the gubernatorial race also in flux and heavily competitive, the LT race appears wide open to state politicos.

“It is a tough race to run under the best circumstances,” Kerrigan said. He observed that the lieutenant governor nominee’s fortunes rise and fall with the gubernatorial nominee, which complicates how LT candidates develop their campaigns. “That’s the real tough part,” he added, “is you have to decide what you want to do with the job not knowing who you’re running mate is going to be.”

“Pick things you want to do, talk about them every single day of your campaign,” Kerrigan said. “By the time election day comes around, it’s a fait accompli.”