Analysis: Why Neal Appears Set to Remain—Majority or Not… 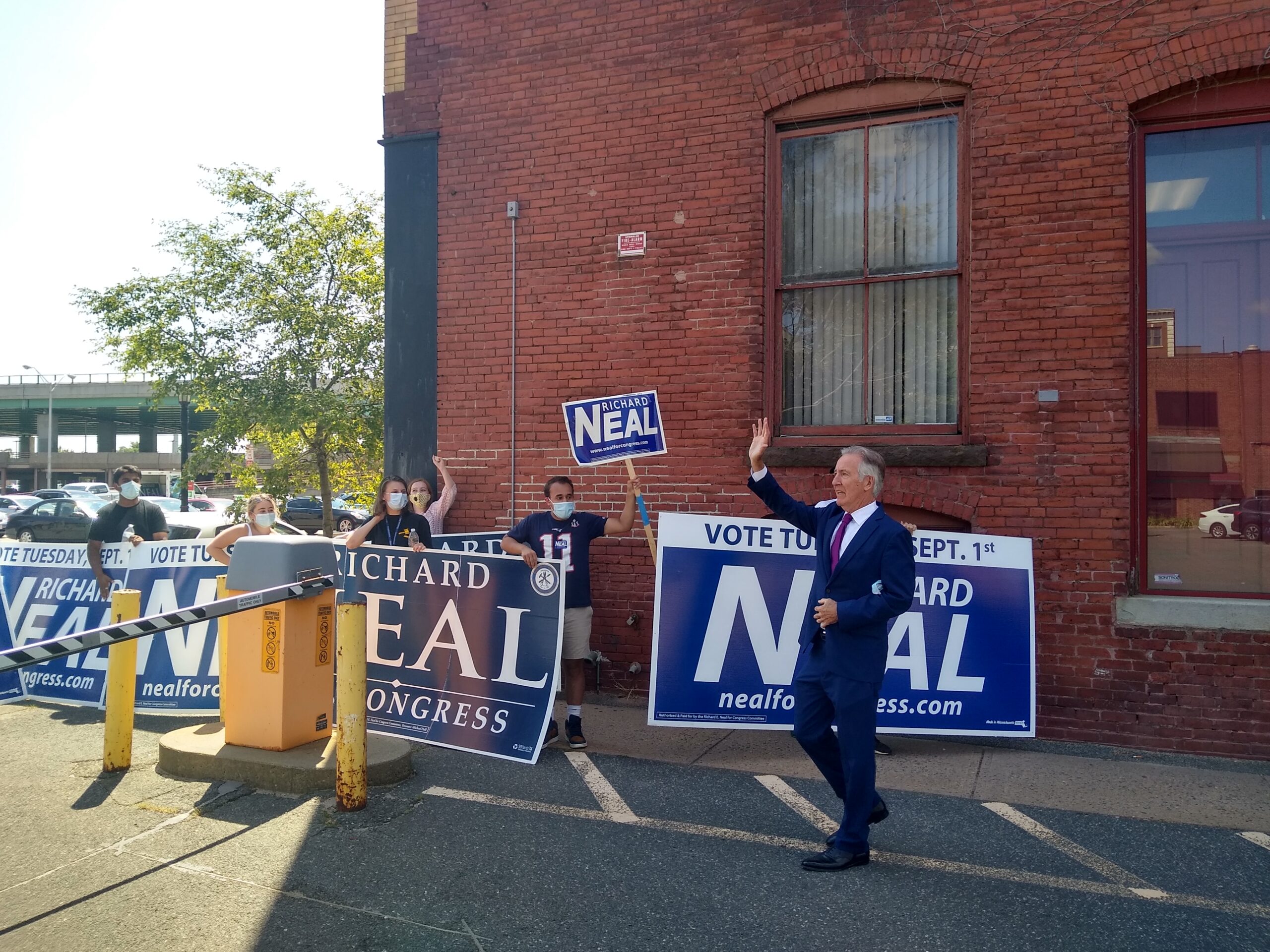 Is Neal ready for another go-round? Apparently so. (WMP&I)

For a few brief wondrous moments, Left Twitter and nerdy political Twitter joined hands in joy. For the first time since Silvio Conte’s death in 1991, the 413 could have an open seat Congressional race. The exit of a longtime aide to Springfield Congressman Richard Neal signaled, to some, the 17-term House rep was eyeing the exit, too, given the rough road his party faces.

But the hopes of lefties who seethe at the thought of Neal and political fans who contemplated the electoral possibilities fell to disappointment. Hours after news that William Tranghese, Neal’s now-former chief of staff, was departing Capitol Hill, Neal’s campaign made clear his intentions.

“Of course Chairman Neal is seeking reelection, and just like last cycle he is leading the charge nationally for keeping a Democratic House to deliver on President Biden’s agenda because so much is at stake,” a campaign spokesman told WMP&I.

“Chairman” refers to Neal’s leadership of the Ways & Means Committee, one of the most powerful in the House of Representatives. Despite the risk of a GOP House next year, Neal still fancies the panel’s extensive portfolio.

“When it comes to protecting Social Security and Medicare, expanding access to affordable healthcare and creating jobs by investing in infrastructure, Chairman Neal will keep delivering for Western and Central Mass and working people across the country,” the statement continued.

With that, the speculation about which state senators, mayors or other officials would go for it ended. However, to deem Tranghese’s exit a signal of something is not unreasonable.

In a statement his office released this week, Neal reflected warmly on Tranghese’s long tenure in his office, specifically on Ireland issues and working with the press. “Not long after I came to Washington, Billy joined me as a full-time staffer, and he has been a loyal and trusted member of our team ever since,” the congressman said.

Neal’s 1st Congressional district covers Berkshire and Hampden counties, the western fringes of Franklin and Hampshire counties and the southern edge of Worcester County. His seat is the successor to the one he originally won in 1988. After the state lost a seat amid redistricting 10 years ago, it took on parts of the district John Olver had held. Olver won Conte’s seat in 1991 in a special election and retired in 2013. 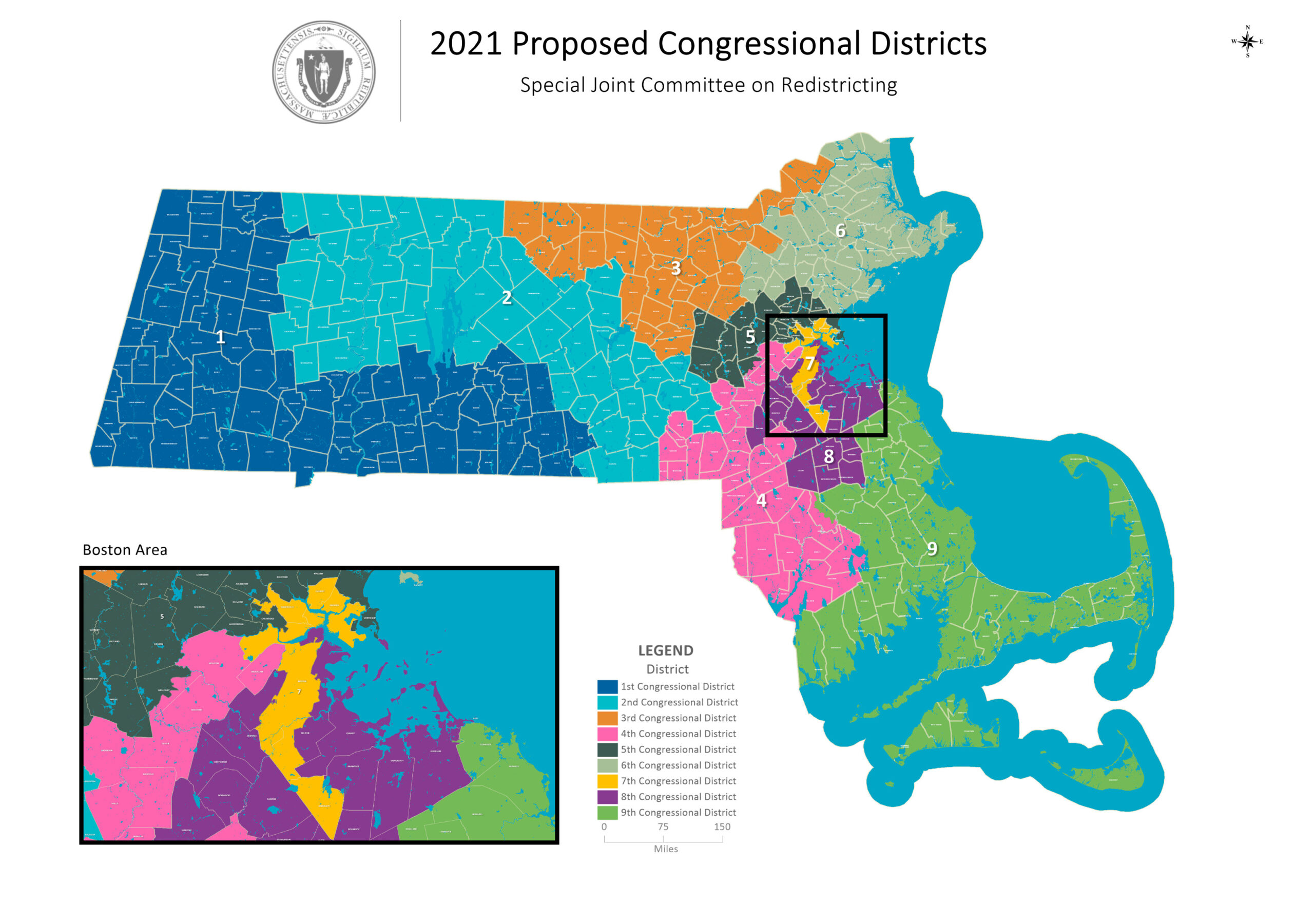 The 1st Congressional District, in dark blue, as it will exist when Neal runs for reelection this year (via malegislature.gov)

Neal would not be the first politician to promise reelection only to later back out. Several of his House colleagues already have. However, unlike when Neal’s seat last opened 34 years ago, he is not leaving any strategic ambiguity about his plans. Neal’s predecessor, Edward Boland, had been less than clear about plans to seek a 19th term. That left other congressional hopefuls to assume Boland was staying. They laid no groundwork for run. Neal did and won the 1988 primary without opposition.

It is possible, but unlikely to undertake such a feat today. Anyway, Neal has shown no sign of slowing down. 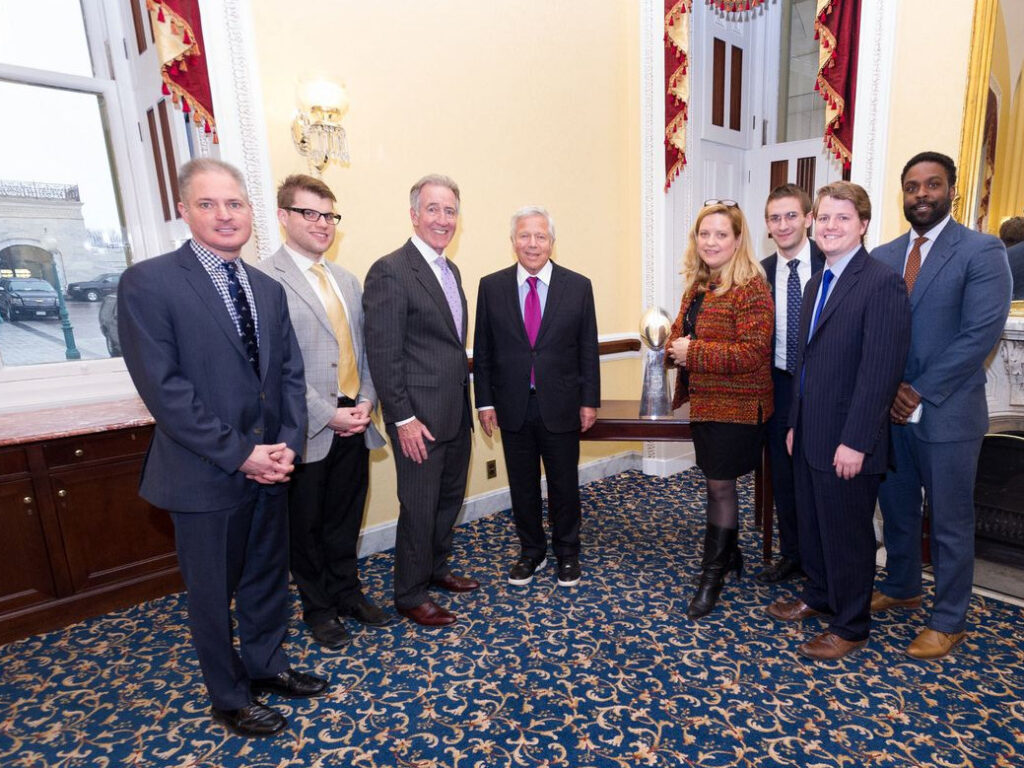 Cong. Neal and his with Patriots’ owner Bob Kraft circa 2015. Billy Tranghese is at far left. (via US House Office of Photography/Masslive)

If Democrats lose the House, that is what would happen. Ostensibly, Tranghese calculated it was better to be outside the Capitol rather than riding a Democratic downswing. He is going to Platinum Advisors. Politico‘s Playbook reported he will be a senior vice president.

For Neal, the calculus is different. No matter what happens in this year’s midterms, Democrats will still hold the White House. Neal has made a career pulling the levers of the federal government. Plenty on the left argue it has been for the worse, catering to special interests. Many in the district argue it has been for the benefit of the 413 and Springfield in particular.

Another factor that probably made a Neal retirement less likely was the exit of Trump acolyte Devin Nunes. The California Republican resigned from the House this month to lead a Trump media project of indeterminate nature. He would have been in line to be Ways & Means chair since the current Ranking Member, Kevin Brady, is retiring (and would likely be ineligible to be chair again under GOP caucus rules). Past is not always prologue, but Nunes’ turn atop the Intelligence Committee steered that panel into irony.

Neal has worked with Brady and could probably get along with the next highest-ranking Republicans who could be chair. A rational GOP chair and a non-schizophrenic administration would be an improvement over Neal’s time as ranking member in the 115th Congress.

The early rumbling that Tranghese’s retirement meant Neal would follow came out of Washington. But a missing signal was anything emanating from the 413. Neal’s political and messaging discipline has served him well back home where political reporting is far less robust. Knowing his breakfast could leak to the press, let alone ruminations about his political career, Neal likely runs an even tighter ship in Washington.

Rather, in additional to Neal’s campaign dismissing retirement rumors, sources independently confirmed his plans. Yet, what about the politics here? Facing another rollicking if ultimately successful primary could give any pol pause.

While redistricting excised more Neal-allergic areas of the district, its fundamentals did not change. 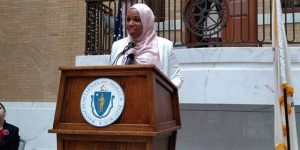 This time in 2018, Neal already had a primary challenger in Springfield Attorney Tahirah Amatul-Wadud. Alex Morse announced even earlier in the 2020 cycle. (via Facebook/Amatul-Wadud campaign)

This year is shaping up to be quite different from the past two cycles. By this time in the 2018 and 2020 elections, Neal already had a primary opponent. Tahirah Amatul-Wadud announced in late 2017 and began motoring across the district. Then-Holyoke Mayor Alex Morse announced in the summer of 2019 with an aim to pack his coffers for an expensive battle.

The fact that neither succeeded does not change the fact that they had the right idea about how to win. A Neal challenger needs to start early, raise money and meet people. A primary challenger starting now has effectively ceded the first of these. Though advertising is cheap in the district, raising sufficient funds is extremely difficult, especially against a top Democrat. As for meeting voters, Zoom is no substitute for the serendipity of local Democratic events.

There was a moment last fall when it seemed like conservative forces were sniffing around the district, too. Building America’s Future, a front for an anti-tax group former Vice-president Mike Pence’s chief of staff runs, dropped at least $80,000 in ads on Neal according to Axios. A review of ad spending television stations file with the FCC suggest the figure could have been higher.

The ads essentially attacked Neal for supporting the Build Back Better Act. That social and climate spending bill is currently wedged between the US Senate’s dais and Democratic West Virginia Senator Joe Manchin. However, at the time, the legislation appeared to be in better shape. The group’s ad blamed the spending for rising inflation and panned a since-withdrawn IRS banking rule.

What they were up to is unclear. There is no Republican running yet. Neal has not had a viable GOP opponent since 2010. His campaign brushed off the ad, too. 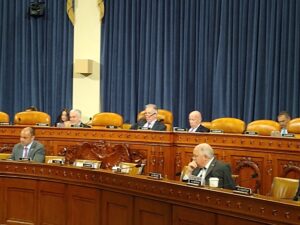 Neal in a Ways & Means Committee hearing in the Beforetimes. (WMP&I)

“Chairman Neal is proud to have written much of the Build Back Better Act which will make historic investments in expanding access to affordable healthcare, addressing climate change, expanding the child tax credits, and raising wages,” a Neal spokesman said in a statement.

Turning to the outside money, the campaign took a shot at the spending the left had trained on Neal last cycle.

“As we saw in 2020, the people of Western and Central Mass won’t be fooled by propaganda from outside billionaires,” the spokesman said.

Outside groups have spent on Neal’s behalf, too.

With no real threats, Neal’s retirement would only be a thing if he was truly done. Those that know him do not believe he is ready to abandon the thrust and parry of politics in both Washington and Western Mass.

Neal often speaks about his time in politics as a career. While that language incenses some across the spectrum, it reveals something about him, too. It suggest he sees the job as something to do until either he no longer can or until he has done all he can. Clearly, Neal believes he has more work to do.