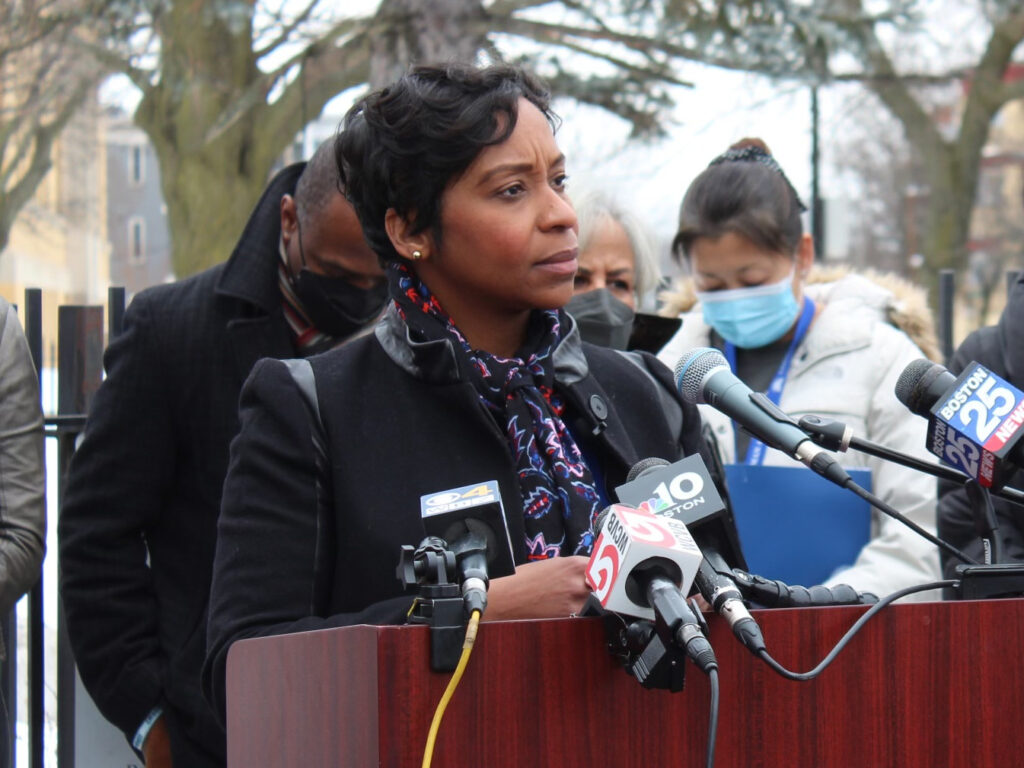 Campbell opening up a can of attorney general campaign in Boston. (via Twitter/@andreaforag)

With former Boston City Councilor and mayoral aspirant Andrea Campbell entering the race for Attorney General, statewide Democratic primaries are beginning to fill out. Incumbent Treasurer Deb Goldberg and incumbent Secretary of the Commonwealth Bill Galvin declared their intentions to seek reelection. Their plans follow a slew of announcements for the open or opened slots like AG.

Oliveira made no public statements about the move. However, he telegraphed interest shortly after Lesser went statewide. There is a good chance he will not have the primary to himself, however.

Campbell joins a suddenly crowded field for attorney general. Although she competed in Boston’s mayoral race last year, she did not advance to the general. Like the eventually triumphant Michelle Wu, Campbell, then a district city councilor, had entered that race in 2020. This was well before Marty Walsh left Boston Government Center to join President Joe Biden’s cabinet as Labor Secretary in Washington.

A former deputy legal counsel to Governor Deval Patrick, the one-time Boston City Council president has a compelling personal story. It appears likely to feature in her campaign for AG, which will include a focus on societal ills that disproportionately affect people of color.

“Government played a role in creating these inequities. So we absolutely can ensure that government addresses them and eradicates them,” Campbell said in Boston at her kickoff according to The Globe. 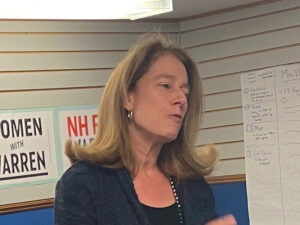 Campbell is technically the second candidate in the AG’s race. Shannon Liss-Riordan, a Boston-based labor attorney, officially leapt into the race last month. However, sensing Healey might seek a promotion, Liss-Riordan had begun weighing a campaign for much longer.

Before her, Quentin Palfrey, who has worked in the state AG’s office and federal agencies, had been considering it for even longer. The Democrats’ 2018 nominee for lieutenant governor, Palfrey had not formally announced by Wednesday. Yet, he has been warming up poolside ahead of an inevitable plunge into the attorney general race.

On Friday, Palfrey formally became the third candidate to enter the Democratic primary for Attorney General.

With Campbell in, the AG field looks nearly set. All three have access to resources and support. There is a chance they all could compete in the September primary. That would make it the first time more than two Democrats were on the ballot for AG since 1974. 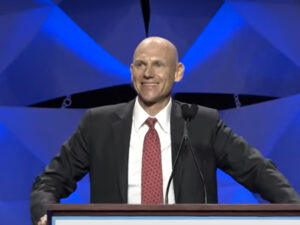 The Massachusetts Attorney General is arguably one of the most powerful among state AGs. The state constitution and the general laws endow the office with considerable authority and discretion to intervene on a host of civil and criminal matters. In addition, it represents the state in nearly all state and federal litigation. That put the state’s current top lawyer, Maura Healey, at the front lines of state-federal battles with the Trump administration.

The attorney general’s office is open after Healey, announced a bid for governor. Her entry into that race came several weeks after incumbent Charlie Baker, a Republican, declined to seek reelection. His Excellency’s coyness about reelection had bottled up a lot of electoral energy in a time when campaigns frequently announce over a year before voters cast ballots.

Healey joined nonprofit leader and Harvard professor Danielle Allen and Boston State Senator Sonia Chang-Diaz in the gubernatorial contest. After seven years as one of the nation’s most visible state attorneys general, Healey has amassed a massive war chest. Both Allen and Chang-Diaz reported respectable fundraising figures in January.

By far the Democratic primary for Auditor has had the most clarity for the longest amount of time. Last year, incumbent Suzanne Bump said her third term would be electoral swan song. That prompted Methuen Senator Diana Dizoglio and transportation maven and former aide to Governor Patrick Christopher Dempsey to enter that race.

It is possible that others could enter any of these races still. But others that mulled the AG’s race, including Middlesex District Attorney Marian Ryan and New Bedford Mayor Jon Mitchell have opted to stay out.

Nobody has stepped forward to challenge Goldberg in the Treasurer’s primary. Days before Galvin announced he would seek an eighth term, Boston NAACP President Tanisha Sullivan said she would run regardless of his plans.

Time is running out as Democrats begin caucusing to elect convention delegates this weekend. Democratic statewide hopefuls must secure 15% of the party’s June convention to appear on the September primary ballot.

Massachusetts Republicans eventually do coalesce around candidates for other statewide offices. However, they have yet to take a cue from the bronze ducks lined up in the Boston Public Garden.