UPDATED: This post as has been updated to reflect McAuliffe’s announcement. 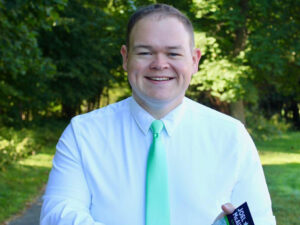 The race to succeed Joseph Wagner in the Chicopee-centric 8th Hampden House district is about to grow again. Joel McAuliffe, the city councilor for Ward 1 and a former aide to Senator Eric Lesser, entered the race Monday. He is the third Democrat in the primary.

McAuliffe, 30, did not respond to a request for comment on Sunday, but a source close to him confirmed his plans. He will his declare candidacy for rep Monday afternoon in Chicopee. News of his campaign was first reported by Politico.

In an early morning email to supporters Monday, McAuliffe announced his bid and released a new campaign video. In a release to the media, he thanked Wagner for his service and said there were big shoes to fill.

“As our next State Representative, I will work to help our businesses rebuild from the pandemic, invest in targeted economic development that will bring new jobs and opportunities to our city –  and we will finally make Crossroads Fiber available citywide so all of our residents can access this essential service,” he said in his statement.

Few had anticipated that Wagner would leave when he did. The dean of the 413’s legislative delegation, he had found himself at the center of countless state policy debates.  Once he was out, attention turned toward figures like McAuliffe who has long harbored ambitions for higher office.

McAuliffe unsuccessfully ran for School Committee twice a decade ago. The second defeat did not sting for long. Once and then-again Mayor Richard Kos quickly hired McAuliffe to work in his office. Shortly thereafter, McAuliffe became a key supporter of Lesser’s in Chicopee. In his sophomore senate term, Lesser put McAuliffe on staff where he eventually rose to deputy chief of staff.

After those school committee races, McAuliffe found his place in elective office. In mid-2017, then-Councilor Adam Lamontagne resigned from the Council, which in turn filled the seat with Brunetti. McAuliffe ran as a rising son of the city and ultimately prevailed over Brunetti in in the election that year.

The Chicopee City Council is famous for its meetings’ brevity. Conflict is at a relative minimum when compared to other local city councils. Though McAuliffe, like Lamontagne before him, has been outspoken, he has been building relationships, something he noted in his announcement for state rep. A major project McAuliffe has championed is municipal fiber (Internet access) via the city’s electric utility. 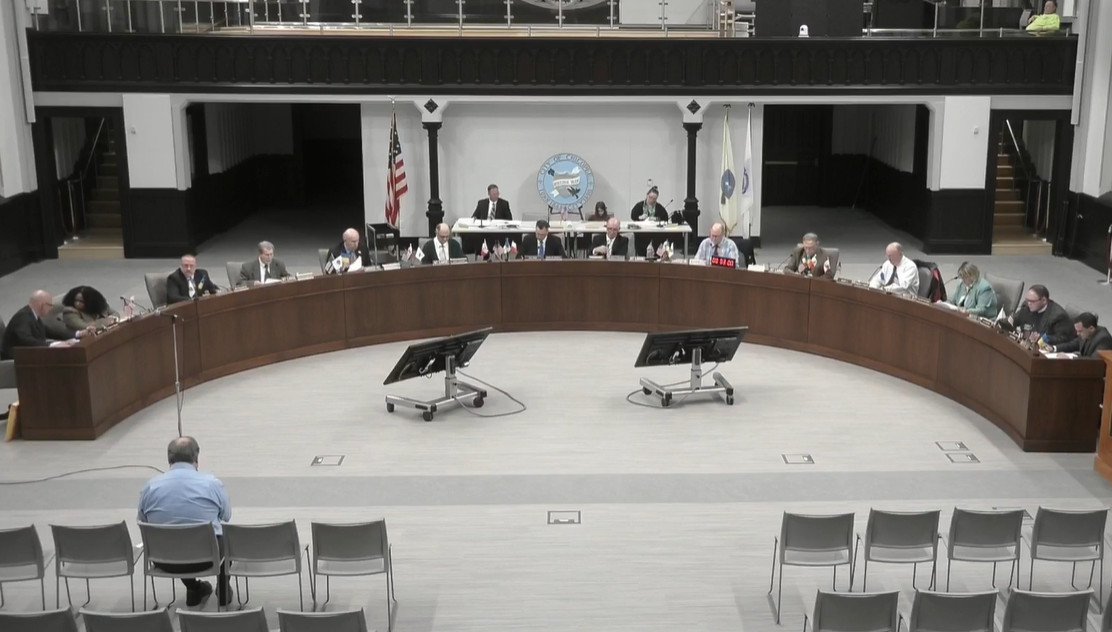 Now two of 13 councilors are in the race. (via Facebook/ChicopeeTV)

The state of the race is hard to gauge this early on and there is space for it to grow again. Unlike the region’s other contests that have become competitive, the 8th Hampden’s nature could let newcomers to jump in easily. Possessing nearly all of Chicopee’s precincts, the district has straightforward boundaries. Moreover, Wagner’s tenure makes it is impossible to run simply as a continuity candidate.

In these ways, the race mirrors the open contest for Holyoke’s rep seat two years ago. Of course, Wagner had a much longer tenure than former Holyoke Rep Aaron Vega.

As it has diversified and its population remains stable, Chicopee has become more reliably, if not overwhelmingly Democratic over the years. Only Governor Charlie Baker, a Republican, has won the whole city in the last 10 years. No Republicans have filed for the seat, yet. The city has a more old-school Democratic landscape, not unlike Holyoke and Springfield, if somewhat whiter than those cities.

Given these variables, the race has no clear favorite at this time. Brooks, 49 could enjoy added name recognition after years in city politics and a stint as Council President. He has described his career in human services as an asset as the commonwealth confronts a growing need for such services. Arriaga, 32 and a veteran of the Air Force, currently works at Chicopee High School. After coming close to election to the Council last year, she may be a good position in the race as well.

The race is unlikely to be fought on ideology, however. Local matters could dominate and endorsements from the city’s political establishment still matters, especially if the primary becomes tantamount to election. However, city grandees have yet to fully express themselves in the rep race. That could change. The sprawling Laflamme family has long been a powerful force in city politics and Chicopee sources think they could put their weight behind McAuliffe. McAuliffe was a leading proponent of at-large Councilor Frank Laflamme ascent to the Council presidency this year, displacing Brooks.

McAuliffe will also have the indirect resources of five years on Lesser’s staff. While the senator himself is retiring to run for lieutenant governor, the Lesser network effect could help McAuliffe’s campaign war chest. Moreover, McAuliffe has outworked foes before, surprising doubting supporters and critics alike.