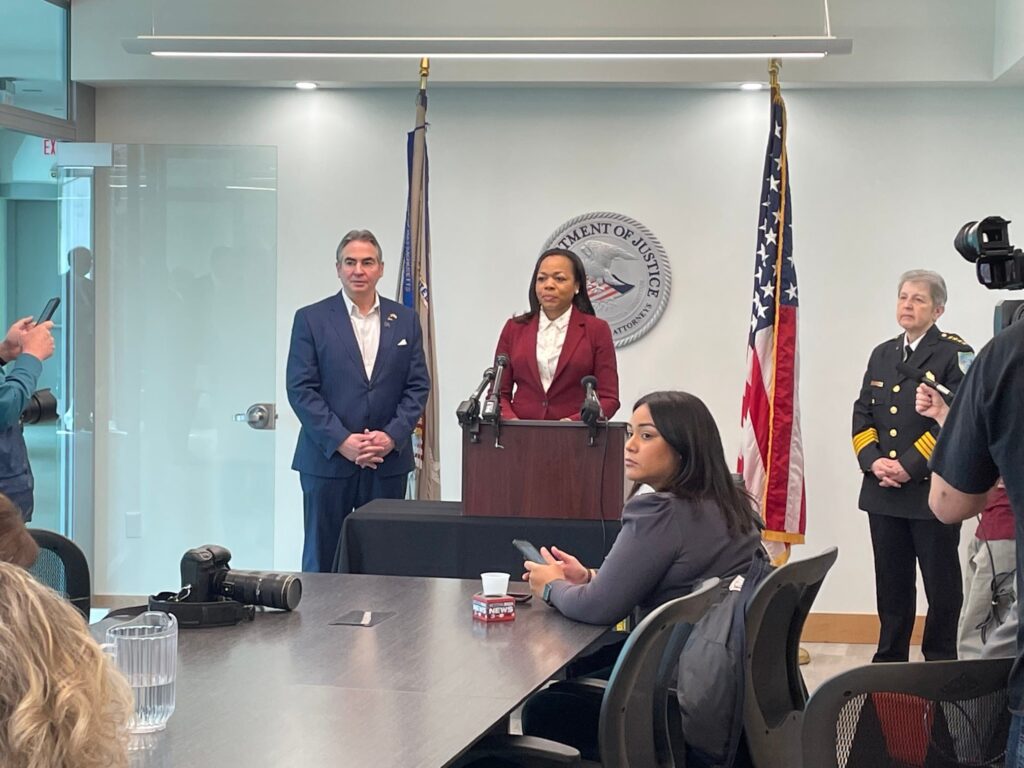 US Assistant AG Kristen Clarke, head of the Civil Rights Division in Springfield with Mayor Sarno and Superintendent Clapprood. (via Springfield City hall)

Four years after the United States Department of Justice opened its investigation into the Springfield Police Department—the only such probe Donald Trump’s administration opened—the city and the federal government have come to an agreement on how to move forward. Alongside Massachusetts US Attorney Rachel Rollins and the head of the Justice Department’s Civil Rights Division, Kristen Clarke, city officials announced a consent decree.  In it are a panoply of reform for the department to implement.

In a 69-page document, the feds, Mayor Domenic Sarno and Police Superintendent Cheryl Clapprood agreed to a litany of reforms. Clapprood has since 86ed and restructured the main target of the investigation, the Narcotics unit. However, the 2020 Justice Department report spared few organs at Pearl Street. The agreement includes new use of force guidelines, internal investigation standards and commitments to empower the Police Commission.

“This consent decree will rebuild the public’s trust by ensuring that Springfield officers who use excessive force in violation of the Fourth Amendment are held accountable,” Clarke said in a press release.

Rollins, whom President Joe Biden’s appointment, inherited the case from Lelling when she took office.

“Today is the first step in repairing the harm and mistrust their misconduct and violence caused,” she said.

In the DOJ’s release, Rolling noted that this was the first consent decree of Biden’s administration.

The consent decree will still need a federal judge’s signoff. Uncle Sam nominally filed a cause of action against the city to secure it. Numerous deadlines and timelines underpin the decree’s goals and reforms, foretelling years of work ahead.

Notably, the document engages and empowers the Police Commission. In a passive aggressive knife-twist, the decree observes the Massachusetts Supreme Judicial Court ruled ordinance obliges the city to establish the new police panel.

However, Mayor Domenic Sarno resisted that move for year, even after the City Council had filed suit in 2020. The ruling came down in February. Though Sarno had expressed willingness to consider reforms throughout, his administration had been reluctant to enter into a consent decree.

“This has been a long and extensive process but in the end it is a well negotiated agreement between the City of Springfield and the DOJ,” Sarno said in a statement posted to Facebook. 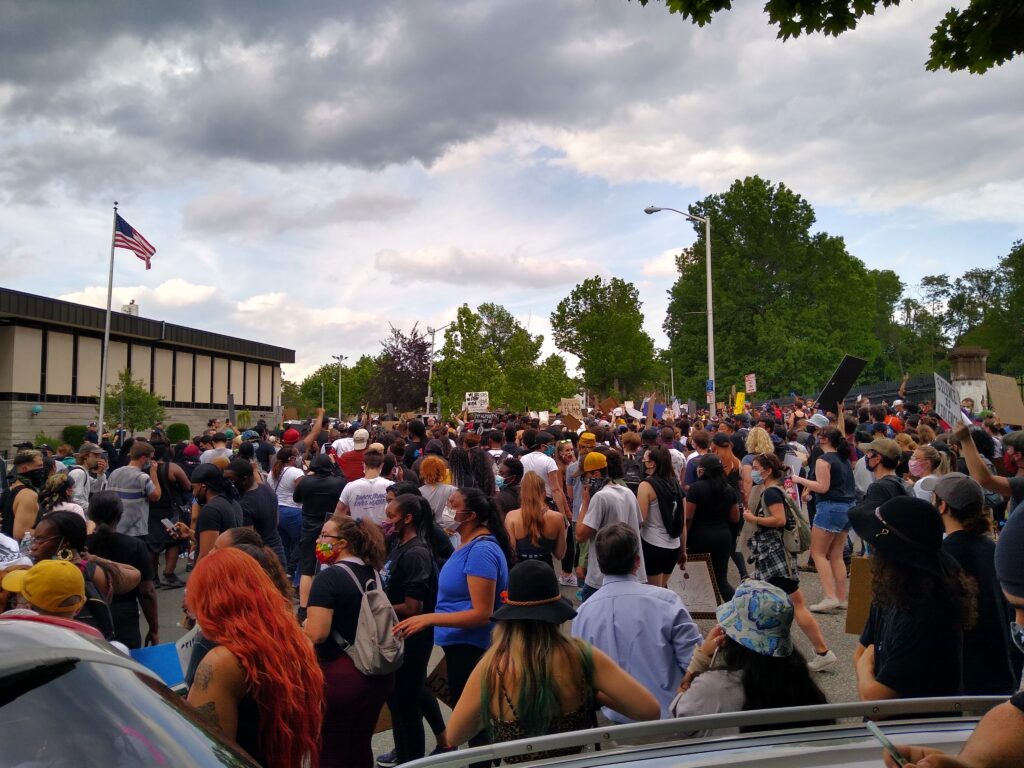 Protesters outside Police HQ on Pearl Street in 2020. (WMP&I)

“Much of these agreed measures put forth in this agreement are already in place or are in the process of be implemented under the leadership of Police Superintendent Cheryl Clapprood and her leadership team,” he continued.

Indeed, among the items to implement are those pertaining to Commission itself. For example, it calls for more community engagement in selection process of commissioners. There are guarantees that the body will receive training. It may obtain other resources to ensure it can perform its oversight functions. A criticism of the old Police Commission was its lack of staff and support.

Progress on these fronts with deadlines are among the specifics in the decree.

This is a developing story with further posts to come.