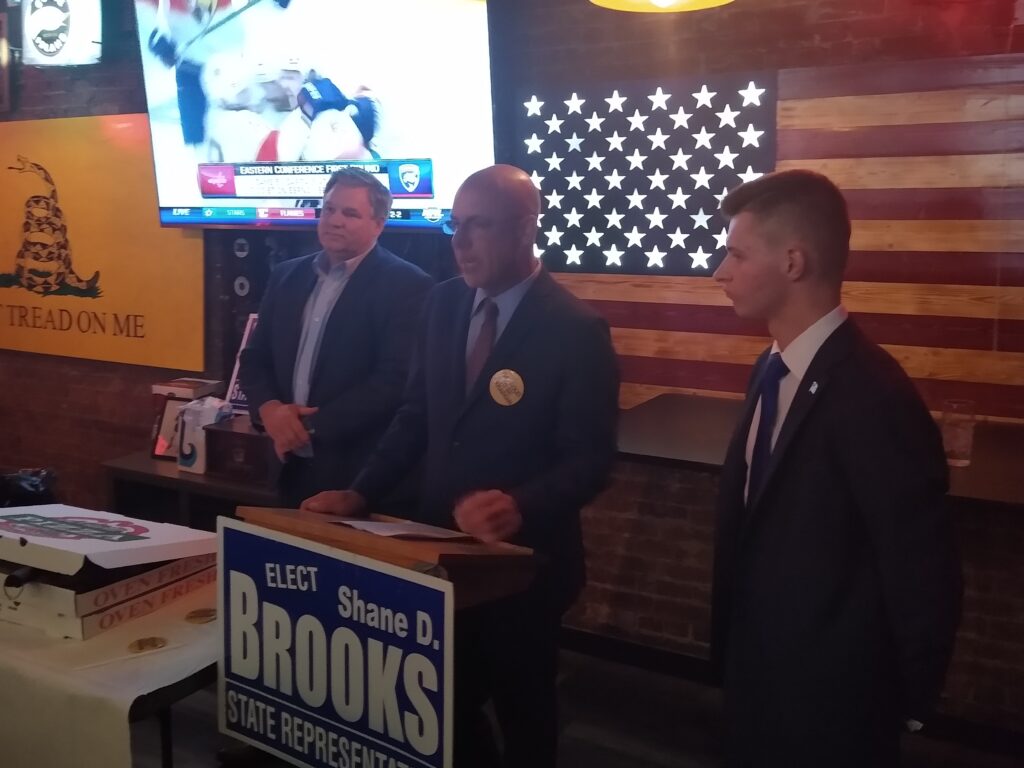 Another shift has come to the open 8th Hampden District. This time, it brings a smaller field. On Tuesday, Chicope Ward 2 City Councilor Shane Brooks ended his bid for the seat. His exit leaves the Democratic party primary to fellow councilor Joel McAuliffe and 2021 Councilor aspirant Shirley Arriaga.

Following incumbent Rep Joseph Wagner’s shock retirement announcement, Brooks became one of the first to enter the race. His kickoff featured a full-throated endorsement from Mayor John Vieau. But even when he announced, Brooks was weighing the value of trading up in the political hierarchy at the cost of time and income.

“I took some time last week on vacation to really think about the race,” he said in a text, confirming his exit. Both the loss in income and moving on from a job he said he enjoys were factors in his decision.

Tuesday was also the deadline to file signatures with the Secretary of State’s office to get on the primary ballot.

The 8th Hampden District consists of nearly all of Chicopee save pockets of Willimansett and downtown.

At his launch at a Chicopee watering hole this month, Brooks did strike a more conservative tone, promising support and funding for public safety workers. However, he also pointed to the growing need for mental health services, something he had witnessed in his day job. His path forward likely hinged on balancing the mood of the city’s older, less progressive enclaves with an appeal to experience.

Speaking to supporters, he pointed to the departures of Wagner and State Senator Eric Lesser, who is running for lieutenant governor. Chicopee, Brooks argued, needed somebody with somebody who had his years in elective office who could step in the breach.

City power brokers such as the numerous and powerful LaFlamme family appear to be behind McAuliffe. He also attracted the backing of several School Committee members and Council colleagues, including Tim Wagner, a freshman School Committee member. That could be a signal amid the noise—Wagner is the son of the outgoing rep.

Arriaga nearly secured an at-large Council seat last year. She has attracted the backing of prominent Latino figures, who are eager to help Chicopee’s growing Hispanic population break out politically in the 413’s second city.

Brooks himself committed few Democratic apostacies. Yet some supporters were clearly conservative independents and GOP friends willing to change their party registration for him. Democratic officeholders in Hampden County have benefitted from this tactic to pad their margins. With Brooks out, those indies in Chicopee could pass on pulling a Democratic ballot. The Republicans could stay put focus on the party’s gubernatorial primary.

Still, there will be Democrats who will seek a home in the now-altered race.

The primary is on September 6. Republican Patrick Deitner and Independent Sean Goonan filed with campaign finance regulators. However, only Goonan has turned in signatures to get on the ballot.