Editorial: Roe’s Death Reveals a SCOTUS out of Control; We Must Bring It to Heel…and to Earth… 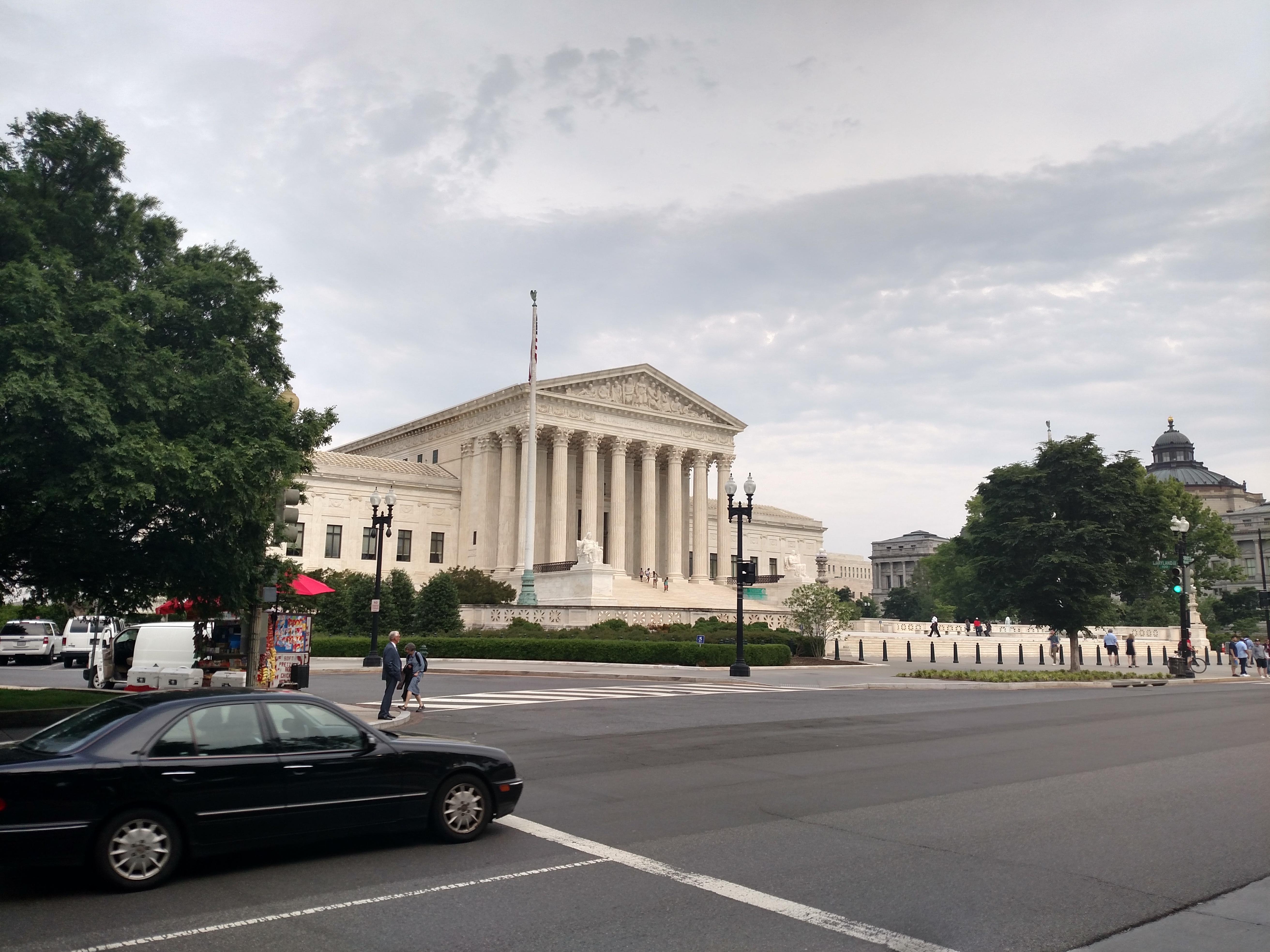 Here is a courthouse for SCOTUS, not a temple of the gods. (WMP&I)

It cannot be said more plainly. The Supreme Court has discredited itself. Its conservative majority has overreached and abused its role and the solemn respect the institution has accumulated over time. The evidence for this is not merely overturning Roe v. Wade. It is the arbitrary reasoning in both that decision and a case striking a New York gun law.

The result will be a public health and safety catastrophe for the nation’s women. Several actions must occur as we will lay out below. Among them is disabusing ourselves and the Court of any further presumption of sanctity. The justices who did this lied or obfuscated their positions before Congress. The failure to take this threat seriously will doom this nation to a kritarchy with a religious bent and a bastardized one at that.

We must take note here, as our own jeremiad undulates. What we insist upon is entirely within bounds. Do not harass their families and do not waste time protesting their homes. The goal must be to seize their cheap Amazon-ordered halos, not their physical safety.

As our friends at the Above the Law blog have observed, the Court has become an unelected star chamber. The Court has always been secretive. Yet, since the twilight of Antonin Scalia’s time on this earth, the majority’s jurisprudence on controversial and tough matters has veered into legal necromancy. The result is not law but caprice, outcome-driven dreck concealing the imposition of religion on Americans and masquerading as jurisprudence. Perhaps one half of that word is remotely accurate.

The decisions in Dobbs v. Jackson Women’s Health and New York State Rifle & Pistol Association v. Bruen exemplify this well. The blood-dripping pens of justices Samuel Alito and Clarence Thomas, respectively, lay out nonsensical reasoning that turn on deeming what is “deeply-rooted in the Nation’s history.” Whatever their project, this is an entirely subjective analysis. Frankly, it is one beyond the capacity of all American history academics, let alone nine of the most privileged humans on earth.

We shall not bore readers with the minutiae, but the warning of these decisions and more due this month and in future sessions is clear. The conservative majority, sometimes with Chief Justice John Roberts clasping to the hem of his right-wing colleagues’ garments, has crowned itself the nation’s arbiter not just of law, but of truth and wisdom, too. This cannot stand in a republic. 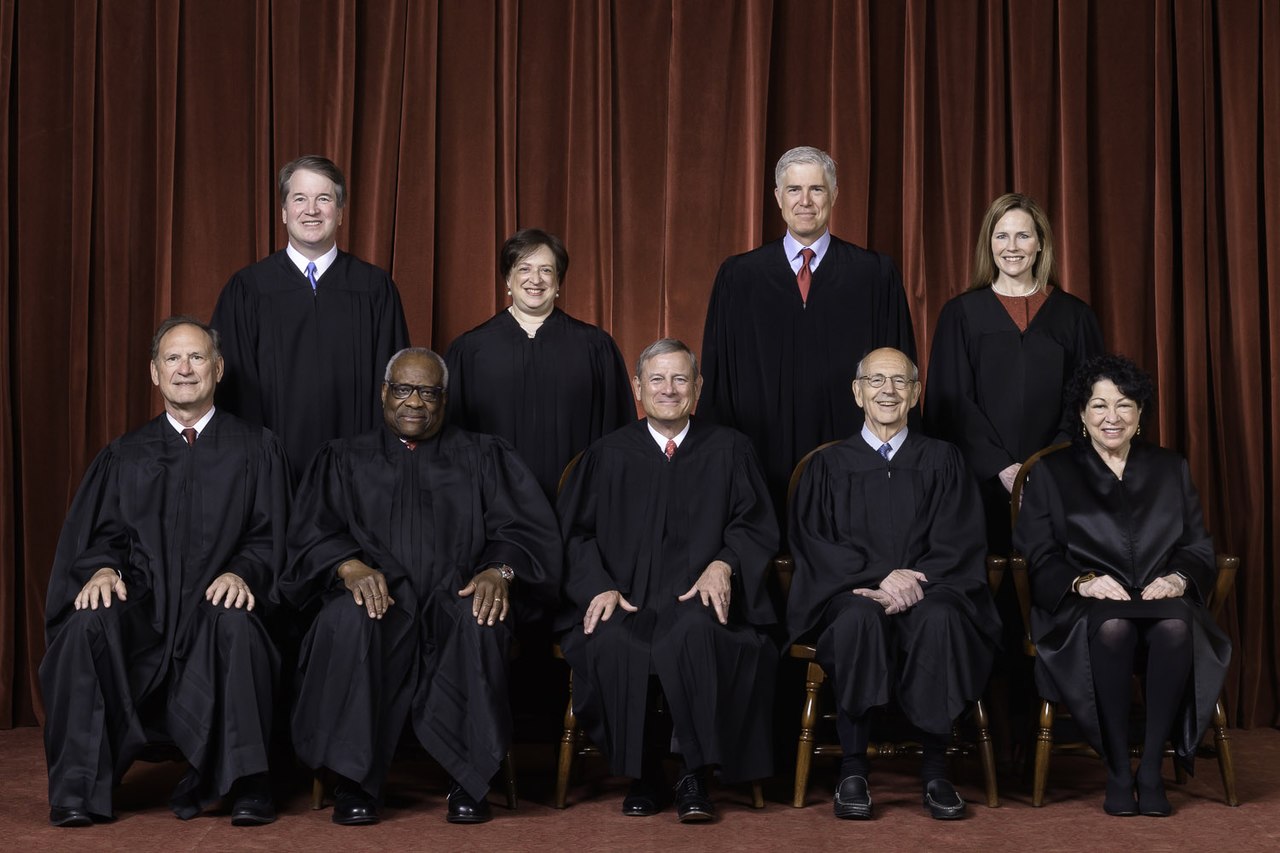 At least five members of the Court have egos more buoyant than the Hindenberg before May 6, 1937. (via Wikipedia)

Those that call for impeachment, we believe, are understandably and rightly angry at this usurpation. Still, in the pantheon of options, this is a feckless one. If Donald Trump could not be convicted, impeachment of the lying vainglorious Court majority will lead to nothing.

Rather, the time has come to tear them from their pedestals. While this blog finds it likely Alito’s opinion was leaked from the Court’s right—either Thomas’ wife, the insurrectionary Ginni Thomas, or Alito himself—it was high time the mythos be drained from the Court.

The conservative justices are not gods. Their building is not Olympus. They did not reveal their wisdom. They parted their robes and exposed their fetid pettiness and tyrannical impulses. There stand a backward vengeance-seeker; an angry, hateful man at home in 1920’s Rome; a blind literalist; a broken party operative too weak to request forgiveness; and the patron saint of smug privilege, an anti-Mary for our times.

How to un-deify them beyond waiting for leaks? Congress has a role. They should haul justices who lied and/or employed lawyerly evasion to hide their intentions. Then, let them square what they said at confirmation hearings with the opinions they joined. The statute of limitations on perjury has lapsed for Alito and Neil Gorsuch. They cannot plead the fifth. Brett Kavanaugh and Amy Coney Barrett may decline the answer. Or, members of Congress should demand the justices explain this cow excrement of a legal theory about deeply-rooted history.

However, both Congress and the public need not stop here. Put cameras in the courtroom. The justices once worried that it would prompt theatrics during oral arguments. Whatever. They pantomime wisdom on the page already.

Congress and the public should demand ethics rules. The Supreme Court is not subject to the same regulations as lower federal judges. Time to change this. Disclosures should be rigorous and the mandates for recusal firm.

Finally, if this conservative majority fancies itself so wise, give them more work. Congress can limit the impact of judicial reforms from 1925 and 1988 that staunched the flow of mandatory cases the Court takes. Bury them in work. The result will not be more controversial cases, but rather a flurry of the anodyne. The job of Supreme Court justice need not include ample time to jet off to the Amalfi Coast for conferences on law & order under Mussolini. 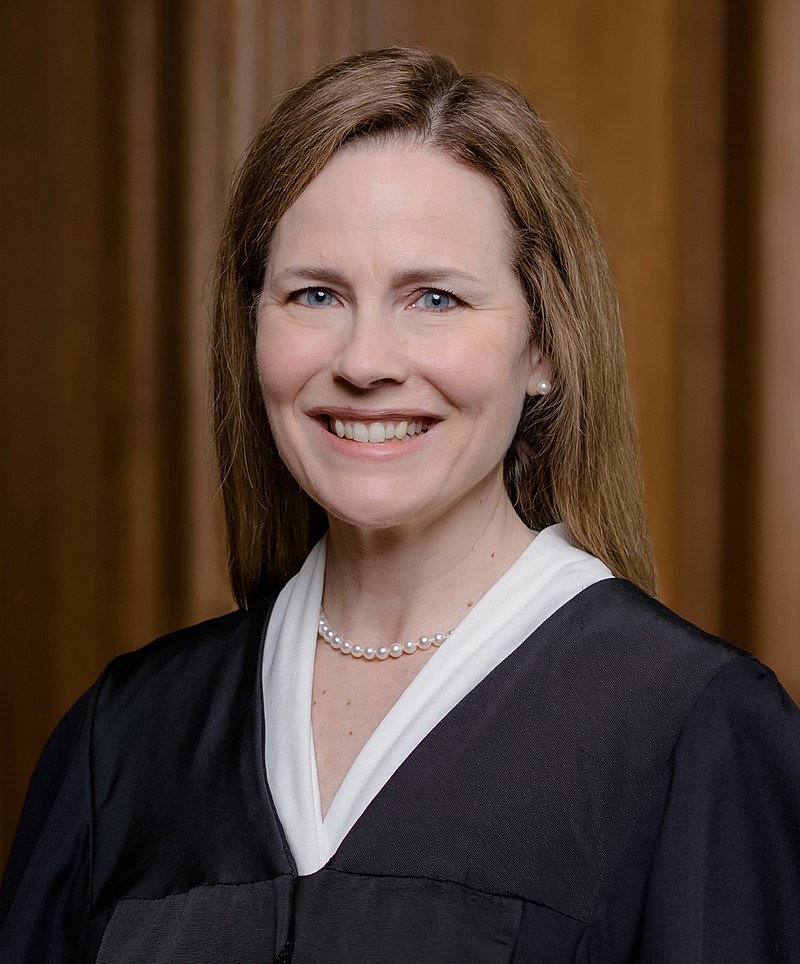 “But if you have bitter jealousy and selfish ambition in your hearts, do not boast and be false to the truth.” (James 3:14) Unless, you’re cynically manipulating credulous reporters. Then it’s totes cool.

Beyond congressional action, the public must demand better than the bowing and scraping the Court’s press corps provides. Earlier this year, Barrett urged critics to not jump to conclusions and rather read the Court’s opinions. Reporters dutifully regurgitated her remarks. Days later, the Court issued yet another unexplained emergency stay that altered precedent, despite escalating criticism it was changing law without briefing or arguments.

Barrett had to know this was coming, but her unsacred heart knew nobody would accept her words critically. By betraying her forked tongue, Barrett and her brethren present journalists with a stark choice. Reporters can carry on with the charade that the justices are candid, or they can put the thumbscrews to the justices as much as they do the elected mortals across the street in the Capitol.

Beyond what to do with the Court, we must make every effort to reverse and mitigate this terrible decision. The federal government should declare abortion legal in the United States. The votes do not exist, however, under the current regime of the Senate. It is no guarantee, but a talking filibuster, possible under existing rules, could yield a vote on a simple majority. It would also force Republicans to defend their obstruction.

Failing that, people must vote and vote for candidates that promise to revive the right to abortion, if not Roe as it was. Such legislation will not pass with a Republican majority, which has no solutions for the issues bedeviling Americans today. Nothing they can propose will lower gas prices, unless they think the United States should enter the war in Ukraine—on Russia’s side—to whip the smaller beleaguered democracy into (Russian) submission.

Within states that remain friendly to reproductive rights, there should be efforts to expand capacity for services. That will not be enough. California and Connecticut have already passed laws to protect its citizens from anti-abortion states’ efforts to effect their laws in choice-friendly states. Indeed, Massachusetts should follow in the coming weeks. Gov. Charlie Baker has issued an executive order to this effect for now.

Laws are not enough, though. Citizens and residents must be prepared to support elected leaders even in the face of pressure. This is unlikely to become too bad with a pro-choice president is in the White House. However, a flip of the presidency could produce a grave situation that will require the people to have leaders’ backs, including direct action if necessary.

Should a Republican Washington enact a national abortion ban, it will fall to ordinary people to man the barricades against reactionary regression.

For now, our hearts are with women and their allies who are devastated by this decision. We feel particular concern for those who need full reproductive services, including abortion, and who cannot access it.

But this decision heralds a darker moment citizens must prepare to resist. We must brace for the conservative majority’s egos to grow ever larger and then push to deflate them, lest our nation suffers a full democratic thrombosis.