Halfway through 2022, Where the Local Legislative Money Race Stands… 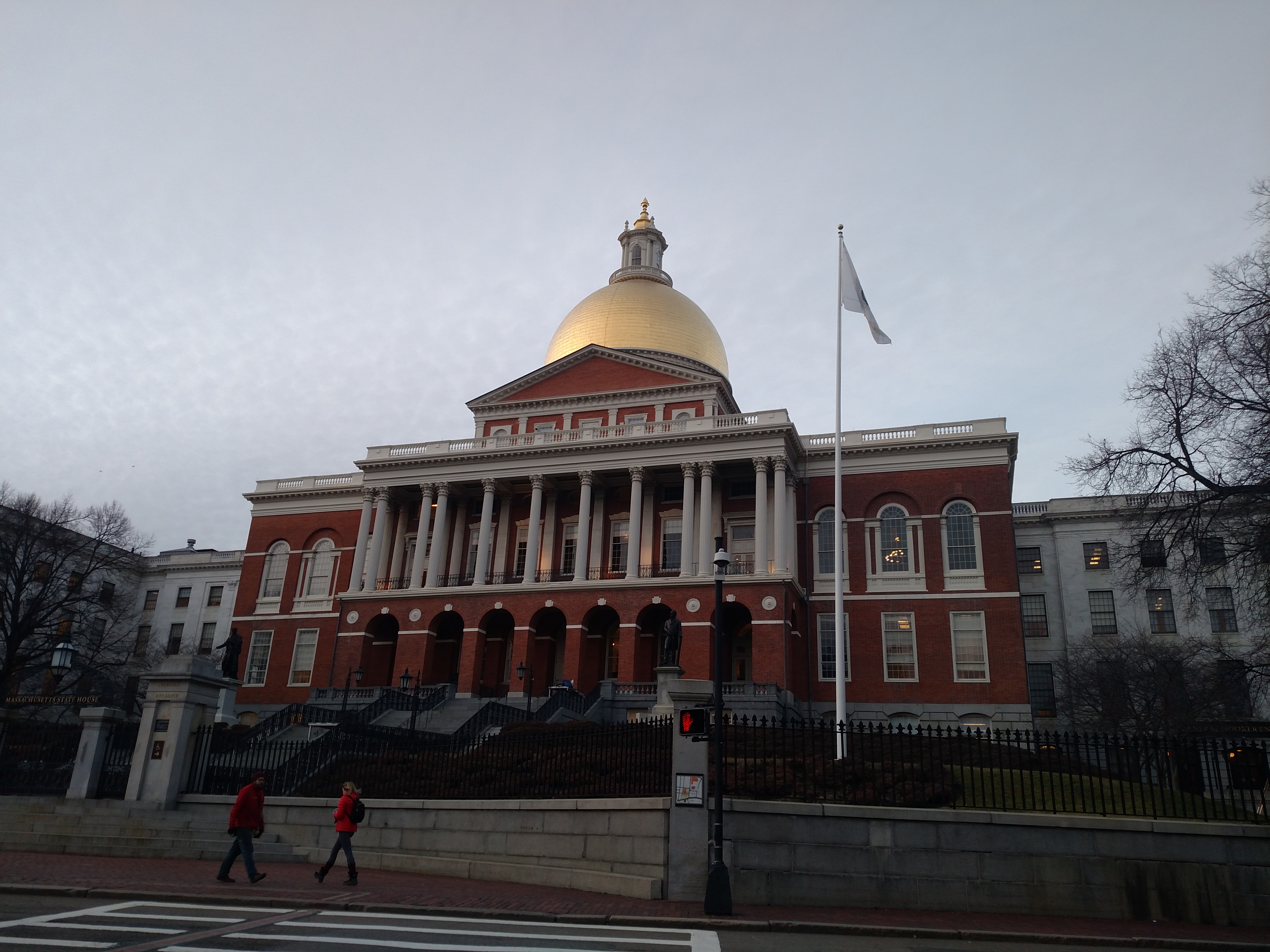 But what will be the cost of getting here? (WMP&I) campaign finance

Amid a wave of retirements with varying degrees of shock, the 413 will have several competitive legislative races this year. It is nothing like the wave of races 2014 and 2018 brought to primaries in Hampden and Hampshire counties. Yet, campaign finance reports are telegraphing a spectrum of suspense in the local races the September 6 Democratic primary will decide.

Counting two primary challenges, there are three rep primaries and two senate primaries on the ballot for Democrats in the region. The rep races and one senate races have no general election opponents on the ballot. In the fifth, the senate seat Longmeadow Democrat Eric Lesser is vacating, a Republican contender looms. However, recent reports candidates have filed with the Massachusetts Office of Campaign & Political Finance signal how competitive that primary has become.

Competing for Lesser’s seat are Ludlow State Rep Jake Oliveira and Sydney Levin-Epstein, a political advisor from Longmeadow. Levin-Epstein, a veteran of US Senate campaigns in Georgia and Massachusetts, has outraised Oliveira in the first six months of the year by a factor of two.

Lesser departed to run for lieutenant governor as did Berkshire Senator Adam Hinds. Yet, the latter’s bid did not survive the Democratic convention last month. Paul Mark, a six-term state rep from Peru (the town) is the odds-on favorite to succeed Hinds. Still, he faces Williamstown’s Huff Templeton in the Democratic primary.

For now, fundraising is wildly lopsided in most races.

In the rep races with challengers, both Kingsbury-Evans and McDonald each have less than $1000 in their campaign accounts as of June 30. By contrast, Barrett has nearly $31,000 on hand and Williams has over $136,000. Each incumbent’s spending consists mostly of costs like cell phone bills, software, voter databasing and postage.

Hard to not Mark the “frontrunner” box. (via Mark campaign)

In the Berkshire Senate race, Mark is not an incumbent, but his cash advantage reads like one. He has over $101,000 per last month’s campaign finance report. Long a favorite of labor—he used to be a telephone worker—his coffers brim with both individual and union contributions. Since announcing a bid to succeed Hinds last October, Mark has raised about $82,000.

Templeton had a pinch over $4000 according to OCPF. These funds are of indeterminate provenance as his campaign finance report does not list any donors for June, the only month his account existed.

In the 8th Hampden race, Arriaga has raised a little over $7,000 since joining the race. She has $6412 in the bank as of last month. Her spending is largely limited to campaign and event expenses including postage, webhosting and materials. 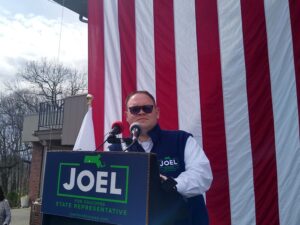 McAuliffe opened his state campaign finance account with $4756 transferred from his city account. He has raised nearly $32,000 since, echoing his early dollar advantage. He had a little over $24,000 at the end of June. McAuliffe has spent much more, too. Since beginning his campaign, he has had the typical costs including website, signs and campaign swag. But records also show McAuliffe has more recently spent money on robocalls, mailings, texting services and Facebook ads.

As expected, the region’s marquee race is the Hampden, Hampshire & Worcester Democratic primary. Lesser’s exit from the seat, which was renamed amid redistricting, had been expected to attract interest. While the dollar values pale in comparison Lesser’s spending eight years ago, the reports reflect the race’s competitiveness.

Oliveira open his Senate account in February—the month he announced—with $20,622 from his House account. Some of that may have been raised with the senate in mind, though. Oliveira had been a speculated candidate for the seat almost immediately after Lesser signaled his statewide intention last December.

Since announcing, Oliveira has raised another $37,000. As recently as this past weekend, he held another advertised fundraiser which featured longtime regional backers and House colleagues. the fruits of which will not show until the next report, though. His last filing, for June, shows he had a bit over $34,000 in the bank.

For the most part, Oliveira’s spending is typical. In addition to campaign operating expenses, Oliveira has employed a couple of consultants, at least one of whom functions as staff. Since the race began in earnest, he has clocked in about $24,000 in expenses. 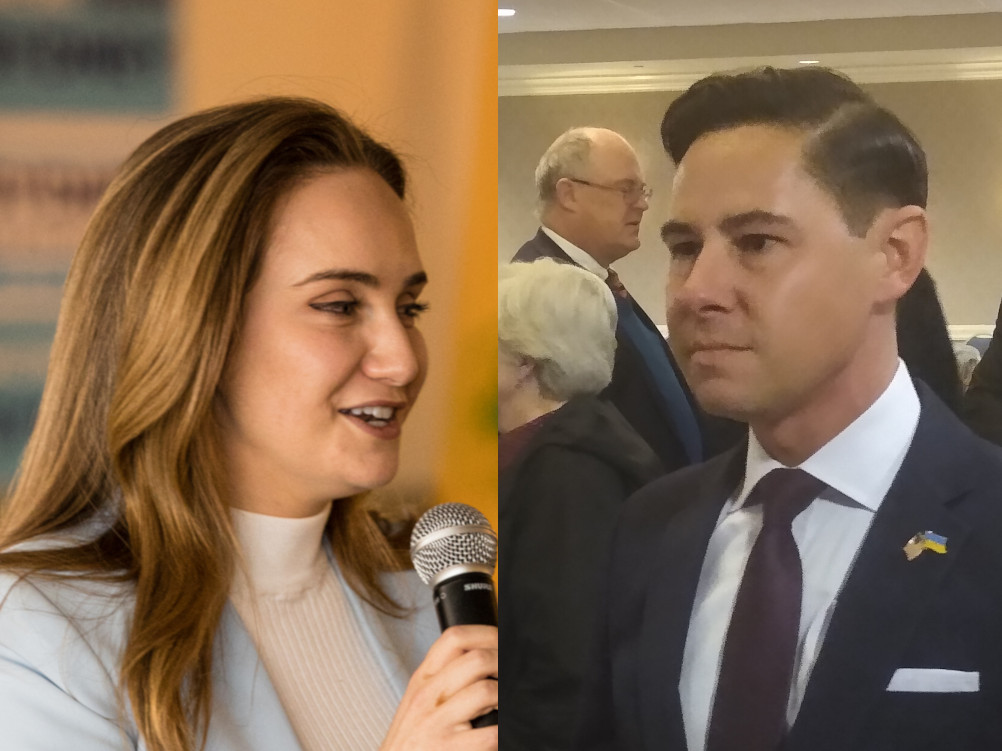 Levin-Epstein closed out June with over $70,000 in the bank. She has run a slightly leaner campaign, though she has also employed consultants for her bid. OCPF records show she has spent modest sums on Facebook ads well (less $1000). She has spent about $12,000 out of over $86,000 her campaign has raised.

Despite the significance of the transition, the race has been somewhat sleepy. Still, Oliveira partisans have grumbled about Levin-Epstein’s fundraising, namely from out of state sources. About 1/3 of her funds have come from outside Massachusetts. Nevertheless, that leaves her with more funds from inside the state than Oliveira has raised since 2022 began.

The impact of the cash dash is harder to ascertain. Both have racked up major endorsements from labor. Levin-Epstein has claimed support from firefighters, ironworkers and teamsters. The Massachusetts Teachers Association and state AFL-CIO have lined up behind Oliveira. That means either could obtain support from unions political committees. Both can claim endorsements from local luminaries, too.

The race has not attracted the attention it did eight years ago—local media was more robust then, too. Consequently, Levin-Epstein and Oliveira have mostly done battle by knocking doors and pitching themselves to any voters they encounter in the wild.

Whoever emerges from that fight will face Republican Bill Johnson, a Granby business owner who has raised $63,000 since opening his campaign account in March. For a time, Johnson was facing a primary opponent. That may explain his $16,000 in expenses since his campaign began including $9000 in consulting all at once in April. 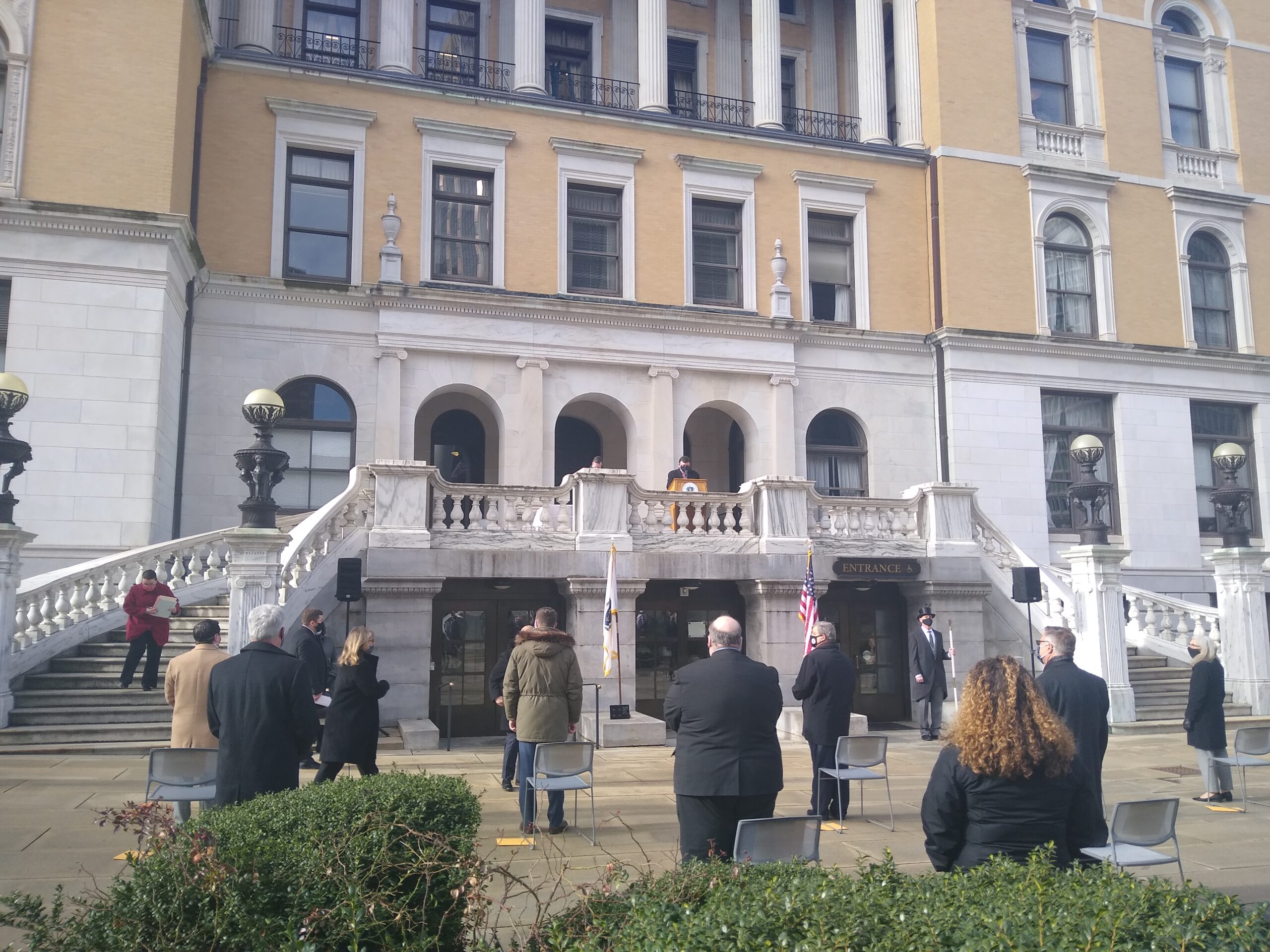 Next year, the new senator will take the oath inside–hopefully. But it’s a long way until then. (WMP&I)

Other races with general elections include the 3rd Hampden, covering Agawam, Southwick and beyond. Incumbent Republican Nicholas Boldyga has over $36,000 in the bank to Democratic challenger Anthony Russo’s $8150. Russo, an Agawam City Councilor, seeded his House campaign with over $4000 from his Council campaign account.

The other major local race is for the reconfigured 7th Hampden district, which Oliveira is vacating. It include Belchertown, Ludlow and points north. Oliveira’s 2020 Republican opponent, Ludlow School Committee member James “Chip” Harrington, is running again. Thus far, Harrington and Democratic rival, Aaron Saunders, a former Ludlow Selectman and now-Belchertown resident, have been roughly even moneywise.

Since the race started, Harrington has raised about $16,000 for his second attempt at this seat. Saunders, who last ran for office in 2014—against Lesser and then-Democrat Harrington—has pulled in over $24,000. As of June 30, Harrington and Saunders respectively had $13,542 and $11998 in the bank.