Sullivan Envisions the Secretary of State as Chief Democracy Officer… 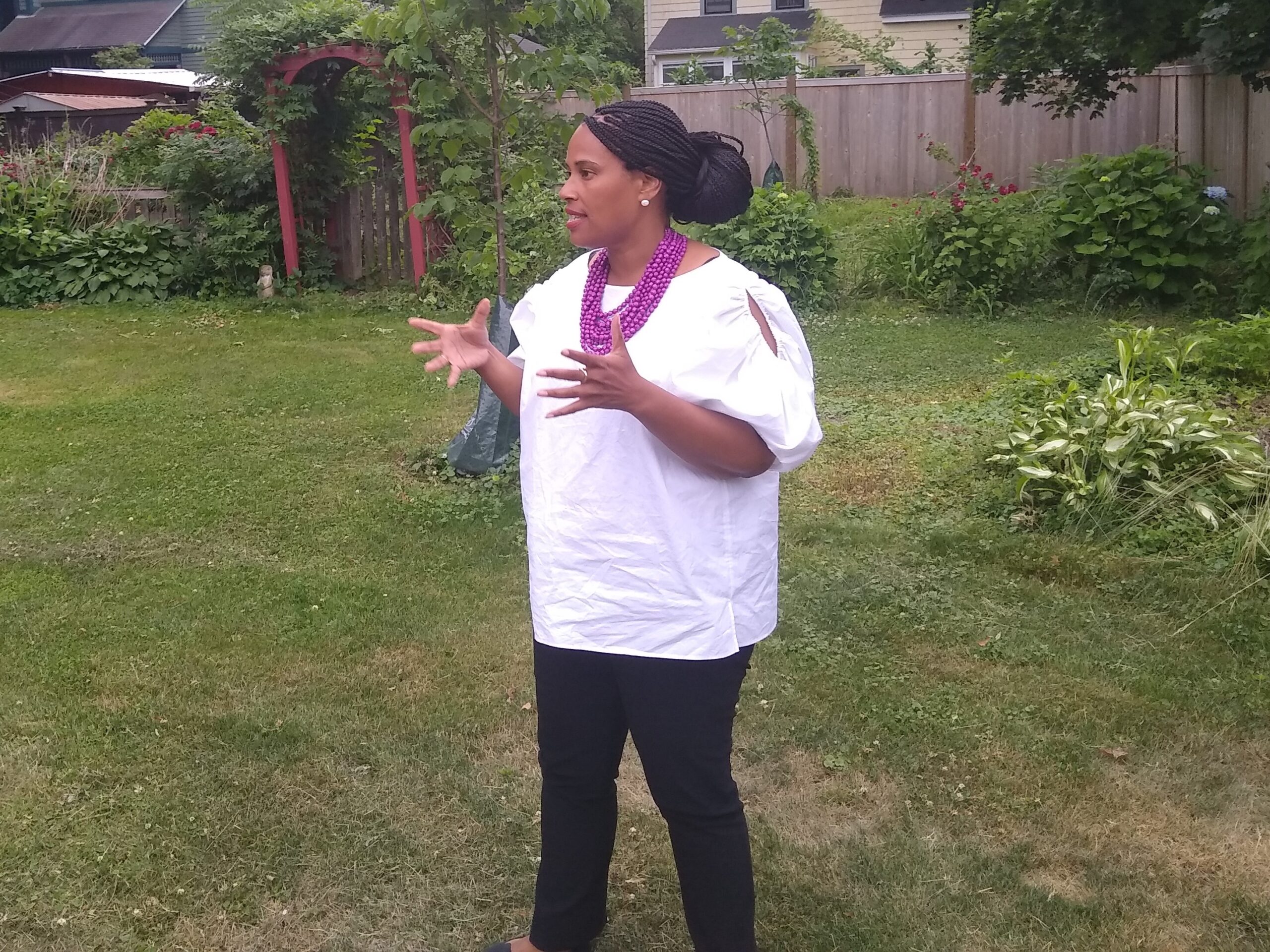 SPRINGFIELD—Whether in a McKnight neighborhood backyard or at the Democratic convention, Tanisha Sullivan holds her audience rapt. Since joining the race for Secretary of the Commonwealth, an office that legit has sway over lots of records, she has won over voting rights and open government activists with a passionate pitch for an engaged and nimble secretariat.

But winning over meet-and-greets and even her party’s endorsement is no guarantee of anything. Then-Boston City Councilor Josh Zakim tried to dislodge seven-term Secretary Bill Galvin, too. Galvin ground that race down to a resounding victory in the Democratic primary. Sullivan, the Boston head of the NAACP, is emphasizing election reform, but her campaign has also featured many of the lesser-known roles of the office and how she would use them to build up equity, fairness and transparency.

“This is a public office and the office should be serving the public,” she said here shortly before meeting with supporters and potential supporters in June.

In speeches, Galvin mentions that he is the senior Democratic election official in the country. It’s a good line when democracy itself appears threatened in the country. Galvin touts his pushback against Donald Trump’s efforts to manipulate the census. The secretary has also emphasized his successful election administration as an additional counterbalance to the undemocratic efforts in the country.

Another complication is that ultimately the legislature, not the secretary decides what election laws are.

In interviews, Sullivan is clear that the secretary’s election administration is paramount. In an op-ed for Commonwealth magazine, she pointed to Massachusetts turnout gaps among demographics and the lack of same-day voter registration, something Maine, once an appendage of Massachusetts, has had for nearly 50 years.

The same was true during the meet and greet Springfield City Council president Jesse Lederman hosted for her at his home. Yet, Sullivan is talking up the office’s other responsibilities to link up with her professional work as an attorney and with the NAACP. 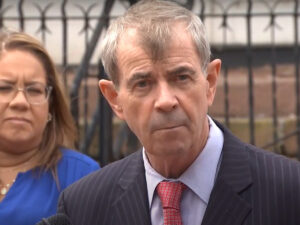 Despite jokes about being the Prince of Darkness, he’s proven a formidable campaign opponent. (still via YouTube/WWLP)

For Sullivan to overcome Galvin, she may need to appeal beyond just elections. Indeed, she often elevates the Secretary’s office to that of the commonwealth’s “chief democracy officer.”

“We need change,” Springfield Councilor Justin Hurst said, noting that he had backed Zakim in 2018. “The fact that she is willing to come in with some fresh ideas is important.”

“You start thinking about wanting more small businesses and microbusiness in the aftermath of the devastating pandemic,” he said. “We want to make sure those businesses are part of the economy.”

Easthampton Mayor Nicole LaChapelle had not planned to endorse in the Secretary’s race. A prominent voice in the state party and already active in other races, this contest was not on LaChapelle’s radar. But when she heard Sullivan was looking at it, something clicked. She remembered a few Zooms Sullivan was on in her role with the Boston NAACP, talking about business development programs not as lending a hand but treating everybody as equals.

In that business space, what people need, the mayor continued, was resources without needing to pay for a lawyer—as wealthier interests can do—or resorting to guesswork in NOLO books.

“Her thoughtfulness and her first-hand knowledge of that really sung a little song to me,” LaChapelle recalled. She backed Sullivan in the race.

In addition to speaking to WMP&I before her meet and greet, Sullivan also discussed her background and career in a winter interview. Then, at White Lion Brewery against the din of clinking beer glasses, she discussed how she came to become active in the NAACP. 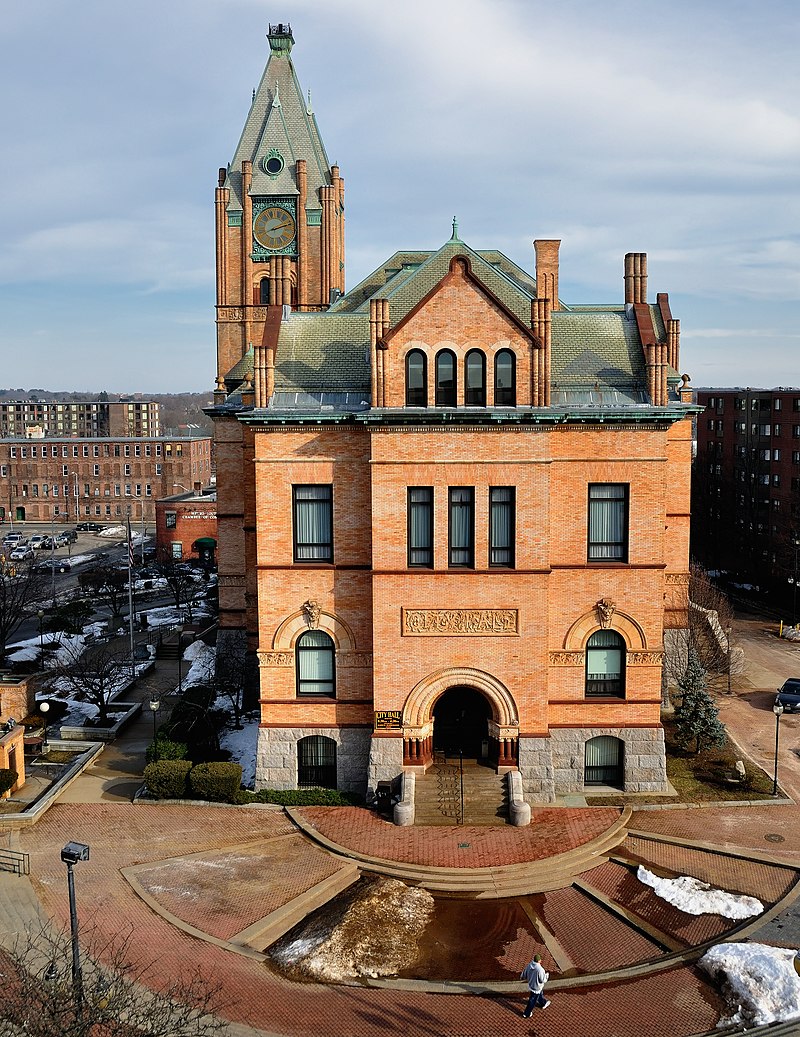 It was in her native Brockton that Sullivan first became familiar with the NAACP’s work. (via wikipedia)

A native of Brockton, Sullivan explained that the local leader of the NAACP was a hair salon owner. Sullivan would go see “Ms. Nan” Ellison to get her hair done on special occasions. But it was an all-day event and she would listen to the discussions about community issues and organizing. It was also less usual then for a woman to lead a local NAACP chapter. Ms. Nan drew Sullivan into the Brockton branch’s activities.

That stayed with her as she went off to college at the University of Virginia and Boston College Law School. She later helped Michael Curry with his bid to lead the Boston NAACP, the oldest local branch of the organization. When he moved on, Sullivan took on the role taking over in 2016.

“It’s a national organization that has full time staff, but at the local level, it’s grassroots and we’re all volunteers,” she said.

Meanwhile, in Sullivan’s professional career, she moved into transactional work after originally thinking she wanted to be a litigator. She did a lot of work for medical and life sciences firms, both in a law firm setting and outside it. But all along, she was had a hand in civil rights work and even did a stint as the Chief Equity Officer for the Boston Public Schools.

The timing of her NAACP appointment coincided with Trump’s election and the worries it prompted among communities of color. Later, COVID-19 struck and George Floyd was murdered, putting Sulllivan at the forefront of conversations about equity in health resources and police misconduct in Boston.

Sullivan’s civil rights work connects to her emphasis on elections updates. Between conversations with WMP&I, the legislature did expand—and the Supreme Judicial Court upheld—broadened voting access including mail-in ballots.

“The right to vote is a cornerstone, it is it is a foundational stone, upon which everything else is built,” she said. Yet, she critiqued Galvin for not implementing national practices and databases that would ensure registration followed people as they move.

“There is no reason why Massachusetts should be falling behind other states in the United States of America. This is the birthplace of our democracy, we should be leading not following,” Sullivan continued.

When asked about how she would move to encourage more voter participation in local races—and disrupt voter discouragement from local officials—Sullivan focused supporting municipal election officials.

“It’s not enough to just pass legislation that is reform in nature. We’ve got to make sure that there’s support that follows,” she said. Mayor LaChapelle said Sullivan’s approach to both issues of equity and municipal functions the Secretary oversees drew her to Sullivan’s candidacy. (via Twitter/@MayorLaChapelle)

This is on the mind of municipal officials, too. Cities and towns in Massachusetts are finding it harder and harder to find qualified people in niche, but essential roles in their communities.

LaChapelle worried about the future when Easthampton’s City Clerk Barbara LaBombard retires. With her will go decades of institutional memory, including on how best to run elections there.

“If the state is going to have more control of elections as they should,”—election law is entirely within the legislature’s control—”the process needs to be more open to learning. Municipalities will need advocates like Sullivan, LaChapelle said.

There are countless functions the Secretary performs. In addition to making the office more accessible to business owners or improving public records access, she also pointed to the office’s role in certain financial regulations from mutual funds to crypto. The office also plays a role in the use of historic tax credits. All of these have interactions with federal and local bodies as well.

“I think it’s important for this office to sit back and wait for the regulations to be written and published, but to really be an active participant with local and federal government,” she said.

With less than a month to go and ballots already sailing through the mail, Sullivan still has her work cut out for her. With the gubernatorial contest on the Democratic side essentially over, turnout and interest in the down ballot elections are difficult to assess. Media coverage of the secretary’s race has been uneven. Campaign spending has yet to ramp up as much as other races.

Galvin and Sullivan have jousted in debates, including an acrid faceoff at WBUR’s Boston studios Monday. Sullivan accused Galvin of being little more than a steward of the office. He called her “ignorant” about the office.

Barbs aside, Sullivan has thought about her own experience as a candidate and how it could apply to the office. The office could have more resources for prospective candidates, for example.

The most rousing speech of the convention, so far, comes from Tanisha Sullivan who is trying to deny William Galvin an 8th 4 yr term as Secretary of State. "We need proactive leadership." pic.twitter.com/hiiu7z4fU6

But ultimately, she has said it as about being a link between people and the government they seek whether at the polling place or a public records request.

“I believe the Secretary of State’s office has an important part to play, and really being a gateway between the people in community and in neighborhoods across Massachusetts,” Sullivan said earlier this year, “and our government, so that we together can work to advance the public policies that are going to help transform our communities.”