Briefings: Senator from Another Legislature to Lead Institute for the US Senate… 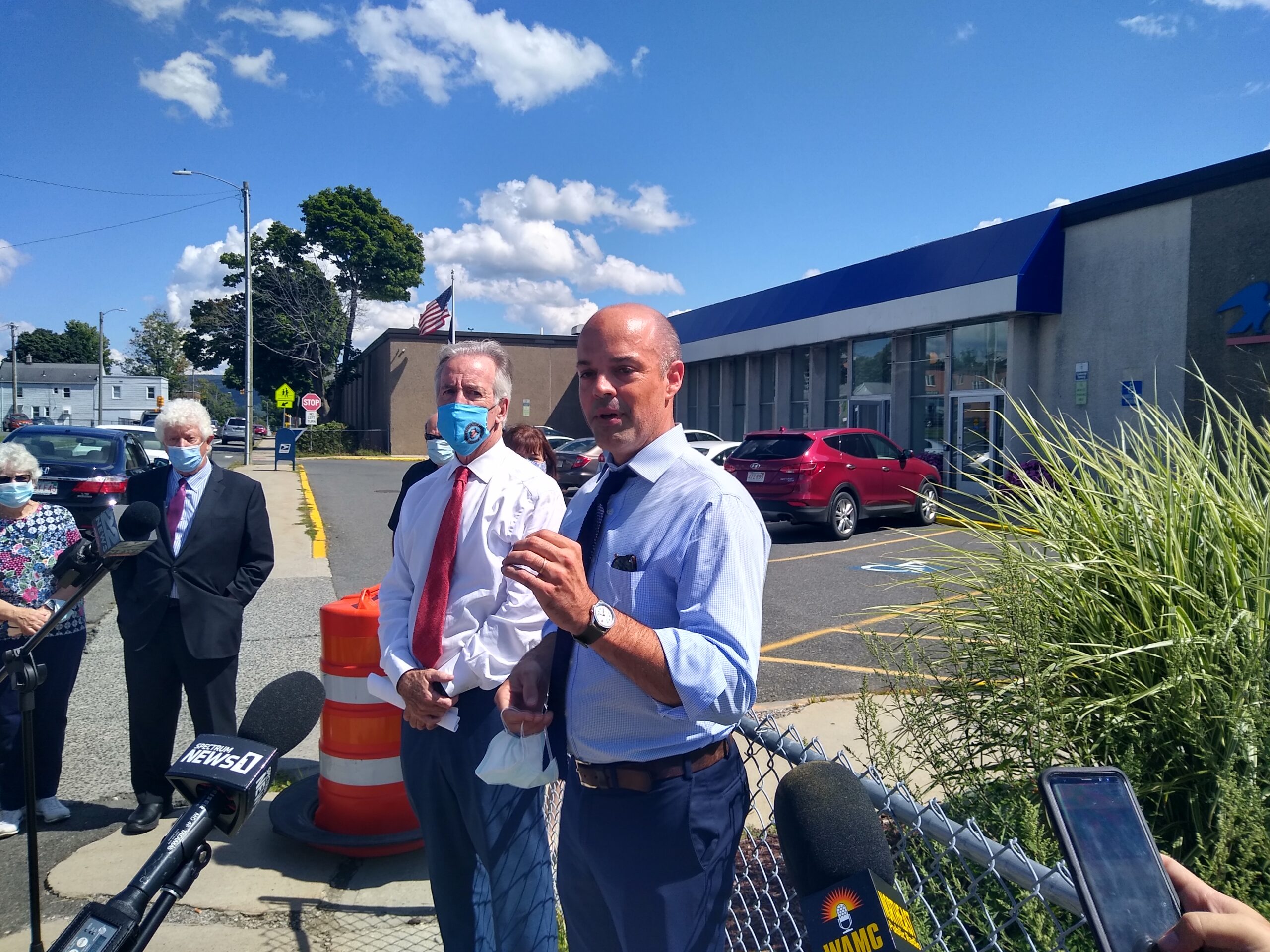 Pittsfield State Senator Adam Hinds is leaving his job in Boston for another one…in Boston. On Tuesday, the Edward M. Kennedy Institute for the US Senate, based in the Hub’s Dorchester neighborhood, announced it had hired the third-term Democrat to become its CEO and executive director. However, to begin next Monday, Hinds will resign his seat Sunday.

Hinds was not running for reelection. He had launched a bid for lieutenant governor last year, but did not advance beyond the state Democratic convention. Hinds would have served out his term. However, his early exit is unlikely to be too disruptive as the legislature has completed most, if not all, of its work.

“Among the 160 candidates we considered, Adam stood out as exceptionally qualified, connected, and committed to the Kennedy Institute’s mission,” Bruce Percelay, chair of the Institute’s Board of Directors, said in a statement.

Percelay and Hinds highlighted the Institute’s ambition to increase its part in the national conversation.

“It is a true fit,” Hinds tweeted, “a role that combines my years of work on international negotiations with my political background here at home.”

“I’m deeply grateful to take on the role of CEO of the Kennedy Institute, especially as we reposition it for a national role related to political dialogue at this critical time, including through The Senate Project,” he said. 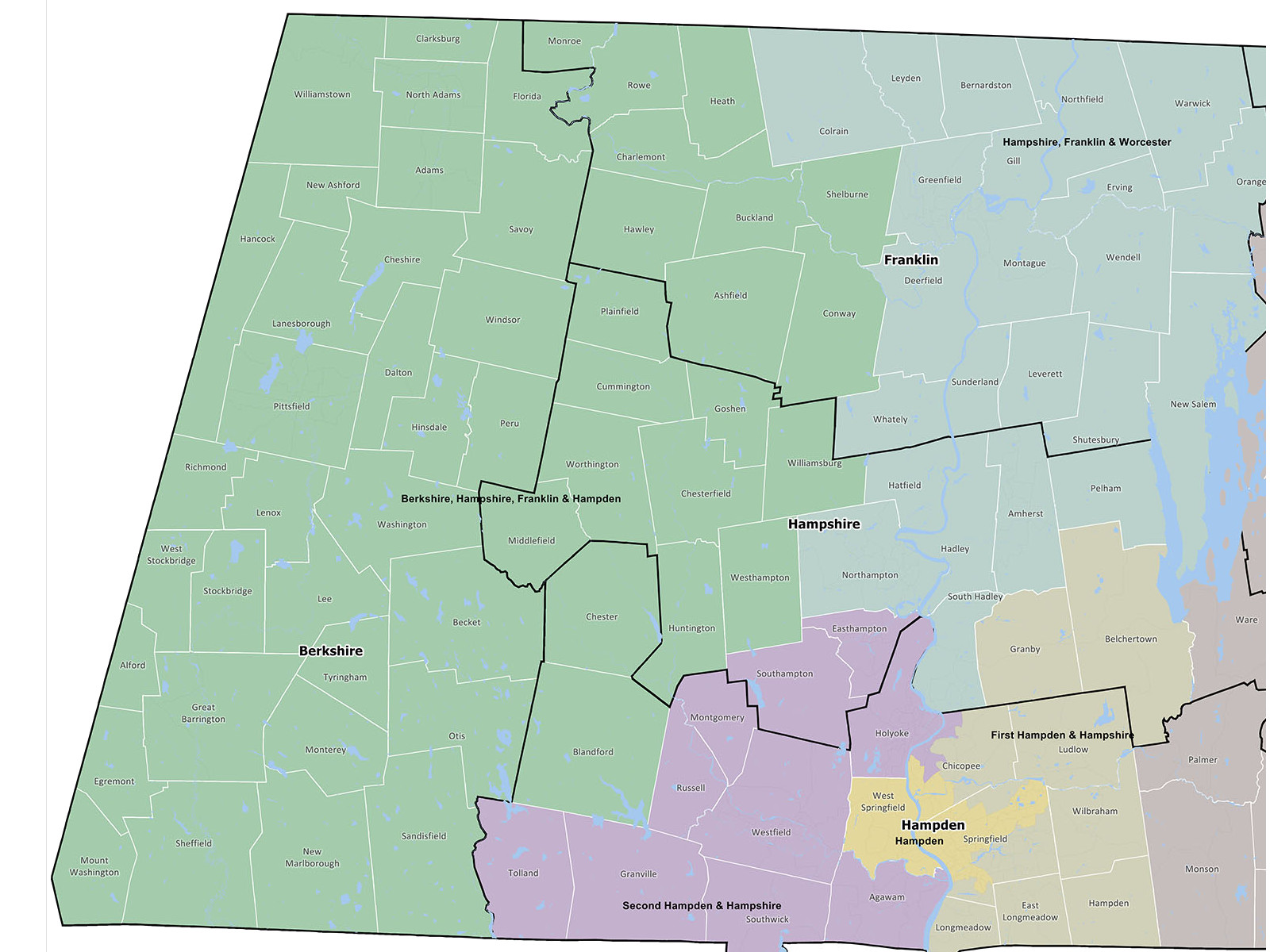 Hinds took office as the senator for the commonwealth’s westernmost frontier. His sprawling district covers the Berkshires and the western fringes of Franklin, Hampden & Hampshire counties.

Hinds came to elective office after a career with the United Nations. He applied his background in conflict resolution to work at some Pittsfield nonprofits. Then he tackled the region’s persistent and unique challenges in the State Senate. He won office after Ben Downing, who held the seat for a decade, retired in 2016.

State Rep Paul Mark won the Democratic nomination for the Berkshire-anchored seat this year. Since this is tantamount to election, Mark will assuredly succeed Hinds. In his Twitter thread, Hinds said he was coordinating with the state reps whose districts overlap with his. Mark is among them.

There is some significant legislation the legislature could return to, but the biggest concern is constituent services coverage. Hinds also indicated his staff would be working through the end of the term. A spokesperson for Senate President Karen Spilka did not comment about what will become of Hinds’s office after he resigns.

Hinds’s Senate service factored in his selection at the Institute according to former Boston State Senator Linda Dorcena Forry, also a Board member. The two overlapped in the Senate for a year.

“From my time serving with Adam in the Massachusetts Senate, I have seen his engagement and leadership on public issues across the Commonwealth, and I know in what high esteem Adam is held by people on both sides of the #mapoli aisle,” she said in the Institute’s statement. 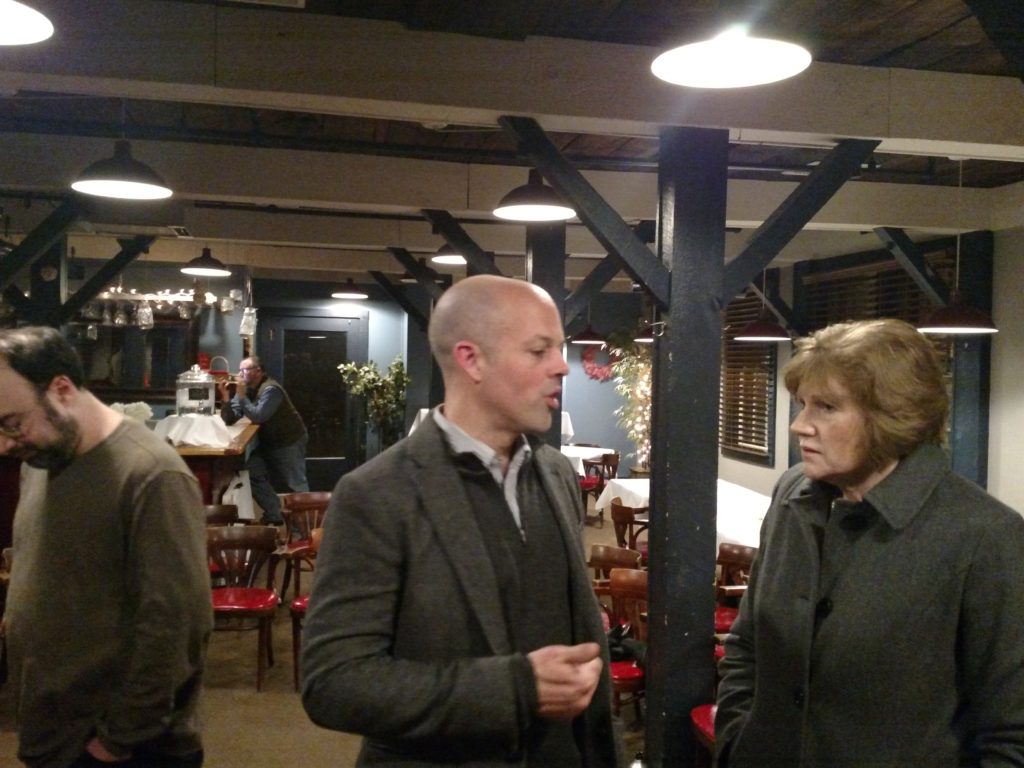 Hinds with constituents in North Adams in 2019. (WMP&I)

Board members also praised Hinds as a “convenor” and a source of “cooperation, compromise, and consensus.”

The Institute’s statement takes note of The Senate Project. This program operates in conjunction with the Bipartisan Policy Center and Orrin G. Hatch Foundation. Hatch who died this year, was one of Kennedy’s Senate friends and interlocutors for legislative deals.

Historians and politicos widely consider Kennedy’s death due from cancer that year as a turning point in Senate history. Since then, the Senate has experienced decay as a lawmaking and deliberative body.

Indeed, a Kennedy relation was among Board members feting Hinds’s hiring. Former Newton Congressman Joseph Kennedy, III, a grandnephew of the late US senator and Institute board member, was “thrilled” with Hinds’s appointment.

“Adam has led a distinguished career in public service and will bring new energy and vision to an organization unlike any other in our nation,” the former congressman said. “I’m excited to see what he and the Kennedy Institute will do together to continue to educate the public about the important role of the Senate and encourage everyone in our country to participate in our democracy and the civic life of our communities.”