Analysis: Despite Ruling, Springfield Still Singing ‘God Save the King’… 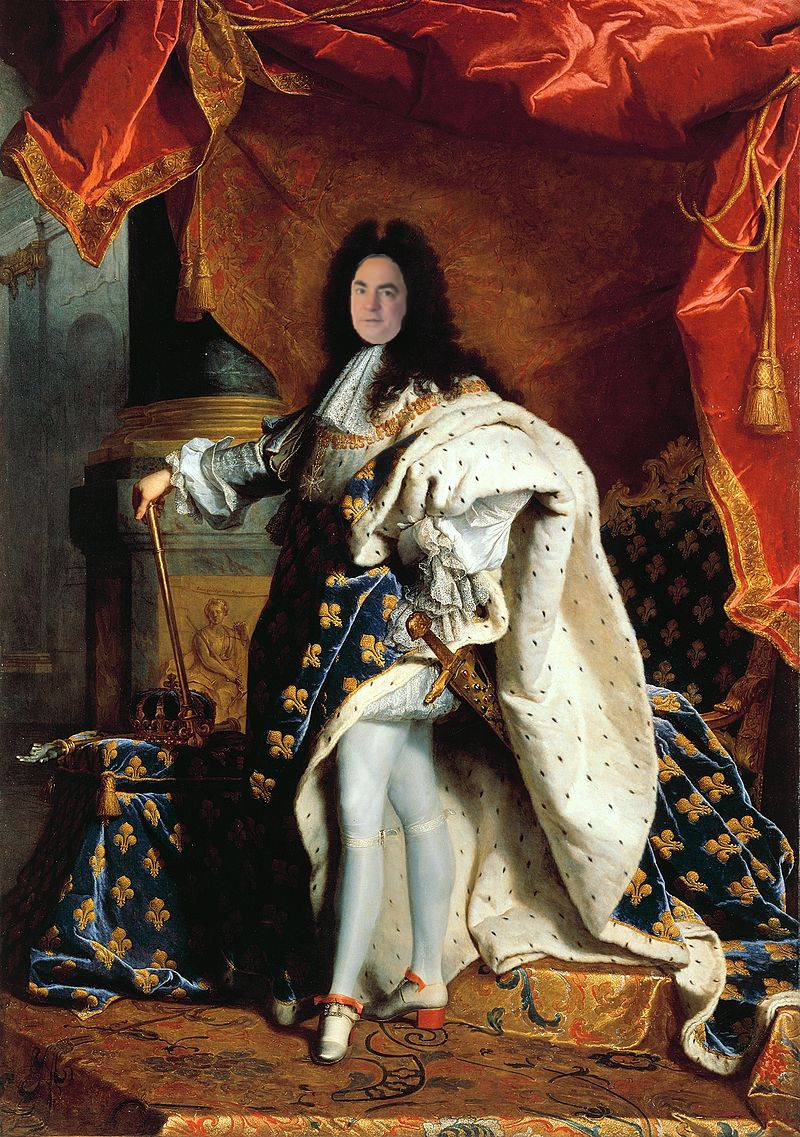 May he ever give Springfield cause to not sing as though he’s a monarch? (created via Business West & Hyacinthe Rigauld’s Louis XIV images)

In September, Britons uttered a phrase they had not uttered in 70 years. “God, Save the King” became the national anthem with the passing of Queen Elizabeth, II. Her son, now King Charles, III, is the head of the state. But in Springfield, founded when it and Massachusetts were subjects of another King Charles, residents have been crooning this a tad longer.

In February the Massachusetts Supreme Judicial Court upheld an ordinance that revived the Springfield Police Commission as the governing organ of city police. The opinion, which Justice Scott Kafker penned, was not ambiguous but it was careful to rule on only what was before the court.  Yet, Mayor Domenic Sarno, has retained a regnal pose. Rather than enforce the ordinance, he has used the ruling to impose legislation he had long wanted.

Sarno appointed a commission, but ever gracious and noble, he stripped them of nearly all power. Under the ordinance, the Commission sets policy, approves training and makes personnel decisions, including appointments and discipline. Sarno had all commissioners sign a memorandum of understanding recognizing they had none of these powers save discipline.

Rather, the remaining powers lay the hands of the day-to-day leader whom Sarno restyled as superintendent. Before the ordinance, a sole commission ran the department day-to-day and held the Police Commission’s powers. The ordinance reviving the panel effectively restored the system the Control Board abolished about 15 years ago. To be clear, the MOUs are not legally binding, although the mayor can remove commissioners.

But even the discipline powers are curtailed. The mayor’s emissaries have all but scoffed at the idea of staffing the Commission with its own people as opposed to lending other departments’ overworked employees. The Commission has complained it has little capacity to take initiative outside cases the internal investigative unit refers over.

This is all by design. Sarno fought the City Council in court for 18 months and spent thousands in public money to resist enforcement of the ordinance. Now that the SJC has ruled, he has again abrogated the bulk of the ordinance’s text and read in a super-civilian review board.

Springfield political junkies may experience some déjà vu with good cause. Sarno proposed almost exactly this twice in the last decade or so.

After the Control Board tossed the old Police Commission off the Campanile, Springfield had no public venue for the public to air Pearl Street concerns. Then-Mayor Charles Ryan created a complaint review panel. Although revised and reformed many times, it endured until this year’s SJC ruling. The body was basically a place for residents to deliver complaints, which the panel would probe with support from the Law Department and later, notably, the mayor’s office.

This body only ever existed under executive order. Almost from the moment the Control Board abolished the Commission, there was an appetite to restore it among city councilors. Sarno himself supported that until he defeated Ryan in the 2007 election. But reversal was not an option until the Control Board packed up, which it did in 2009. At that point, Sarno’s veto pen and concerns about interfering with the sitting Police Commissioner’s contract stymied movement.

Then-Council President Jose Tosado commissioned Councilor E. Henry Twiggs to survey the community and propose legislative fixes. The only practical solution was codifying the mayor’s complaint board and giving it subpoena power. The Patrolmen’s union vehemently opposed this and. Off-duty officers stood into the chamber to silently protest. The measure failed.

Twiggs would live to vote on the commission’s revival, but not the SJC’s ruling. (via Facebook/Twiggs campaign)

Yet, what the patrolman advocated was what Twiggs and other councilors preferred: Commission revival. Ironically, it was the Gregg Bigda scandal that created the political momentum to revive the Commission over Sarno’s veto. The union has been quiet since—sources believe they feel betrayed for stepping out on the issue only to have councilors fail to pursue the Commission in court—but what made a commission attractive did not. It could be a space to air internal grievances.

In 2019, after it came out that the lack of subpoena power had hampered the investigation into the incident near Nathan Bill’s Restaurant & Bar, Sarno made a fresh push to codify his complaint panel. The Council killed it in committee. The Commission was already law. Just appoint it, some councilors argued.

Despite the SJC ruling the Council was within its right to reorganize Pearl Street, still no such forum exists. By forcing his Police Commissioners to cede their power—via a quiet MOU—Sarno has gotten the kind of police oversight he always wanted. The only difference between the prior failed legislation and the current status quo is discipline power does lie with the Commission. This is not much of an issue as Pearl Street had followed or exceeded the complaint board’s disciplinary recommendations.

Sarno and city officials say the SJC left ambiguity that permits the stripping of other Commission functions. This is false. The only thing the Court declined to rule on was whether the Commission or the mayor appoints the day-to-day leader of the department. The ordinance styles this person a chief and the mayor has opted to rename Cheryl Clapprood’s position superintendent.

As for the question of the contract the mayor entered into with Clapprood, the Court all but shrugged at its significance.

“We discern no ‘sharp conflict’ between the appointing authority’s contracting power regarding a police chief provided by [state law] and the city council’s power to reorganize the police department” in the charter, the Court write.

Yet, the justices go on to say that an employment contract was likely to exist either way.

Are you as supreme as Springfield monarch? (still via Suffolk U/SJC)

The oversight functions of the Commission can be combined or excised from the day-to-day manager of the department at the Council’s discretion. The SJC only punted on who picks the chief/superintendent, not what powers they have. By referring to the law the mayor used to preempt the ordinance in the context of employment terms, the SJC is, at worst, implying the law is about benefits and pay, not who exercises powers that ultimately belong to the city.

The administration’s reluctance to provide the Police Commission with independent staff is questionable. Yet, it is not violative of the charter or ordinances. It might violate the consent decree the United States Department of Justice and Springfield signed, though. The city must provide the Commission with the “resources to fulfill its responsibilities, including but not limited to budget, staffing, compensation, training, and capacity.”

Other than the contracting issue, there is no ambiguity in the ruling. The consent decree acknowledges the Commission as the Police Department’s disciplinary body but alters neither the ruling nor ordinance. Following the law goes hand in hand with rebuilding trust. How can 36 Court Street and Pearl Street regain lost trust if only mayoral whim matters, however long he may reign?

It is true the Springfield city charter endows the mayor with far more power than convention grants the British monarch. The blithe dismissal of plainly written text should deeply trouble those, many in this commonwealth, who railed against lawlessness during the prior presidential administration. Yet, powers that be on Beacon Hill and in the Moakley Courthouse say nothing.

Short of defeat at the polls, which should not be necessary to ensure laws are obeyed, or expensive litigation, the options for Springfield residents are few. Reformers and supporters of the rule of law in Springfield simply carry on and sing with heart and voice, God Save the King.