With Hurst in, the Throttle Opens on Springfield’s Mayoral Contest… 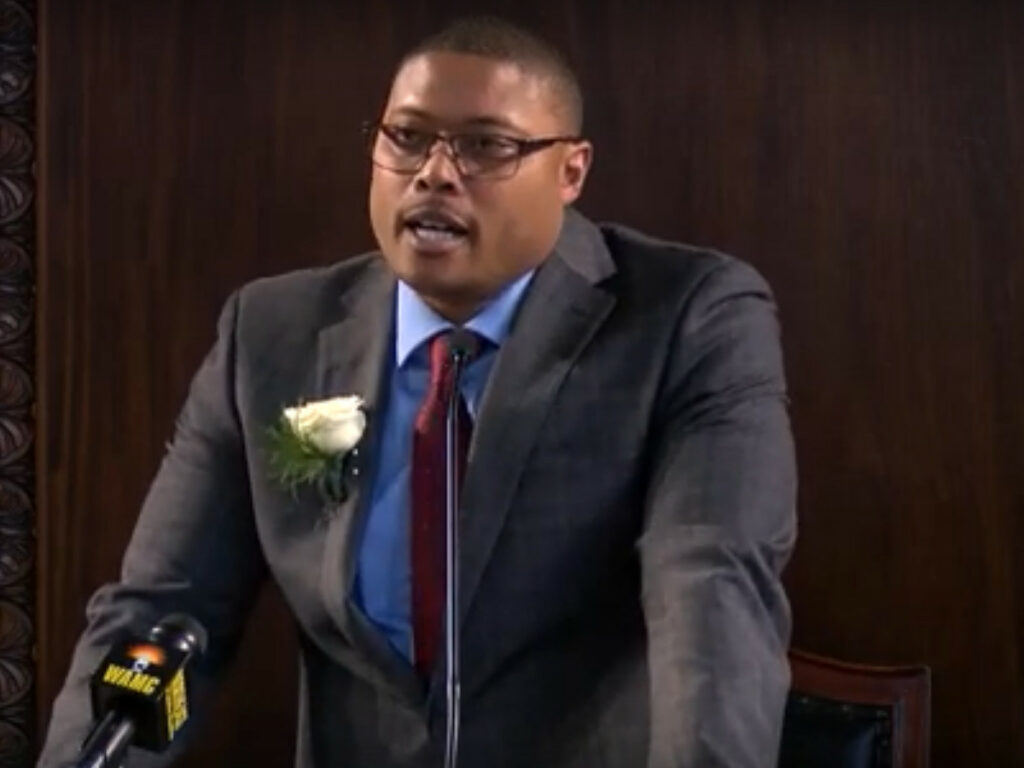 Hurst during the brief part of his Council presidency that wasn’t Covid-consumed. (Still via Focus Springfield)

Not quite 48 weeks until the Springfield municipal election, the race has officially begun. At-large City Councilor Justin Hurst announced Wednesday that he would challenge incumbent Mayor Domenic Sarno. The announcement was the culmination of years of speculation, some dating to his first place finish in the 2013 Council race.

Yet, Hurst enters at a time of transition and some doubt for Springfield. The fiscal and meteorological catastrophes of this millennium are in the past. But like all of its peers, Springfield faces economic, public safety and social justice challenges, though some are unique to the commonwealth’s third city. Perhaps for that reason, Hurst is unlikely to be the only one battling to dethrone Sarno.

“Our city deserves a forward-thinking leader who will meet the moment and will continue to listen and talk with the residents of Springfield to determine how together, we can create and have a government that works for ALL of Springfield,” Hurst said in an early morning statement.

As preparations for his bid began to percolate over the last few years, rumors of Hurst’s intention had evolved from open secret to just short of a billboard on I-91. The city’s chattering classes had taken for granted he would announce, if not quite this soon.

With the holiday season afoot and the midterms only recently concluded, the immediate impact of his entry will be limited. However, jumping in now lets Hurst max out to donors in 2022 and the seek another maximum contribution. Moreover, he has collected several chits in recent years he can try to call in during the winter fundraising season. As of the end of last month, he had banked nearly $24,000.

Still, it is impossible not to note that the dull roar of other potential Sarno opponents has only been getting louder. City Council President Jesse Lederman has spent his five years on the Council building a resume to make a bid for the corner office at 36 Court Street. He had only $7,500 in his campaign account as of October 31. However, Lederman is scheduled to crank up fundraising before the end of the year.

State Rep Orlando Ramos, a former ward councilor, has done absolutely nothing to quell rumors he may jump in. Since joining the legislature last year, he has been able to tap into Beacon Hill’s ample donor base and now sits on over $50,000 in campaign funds as of last month. 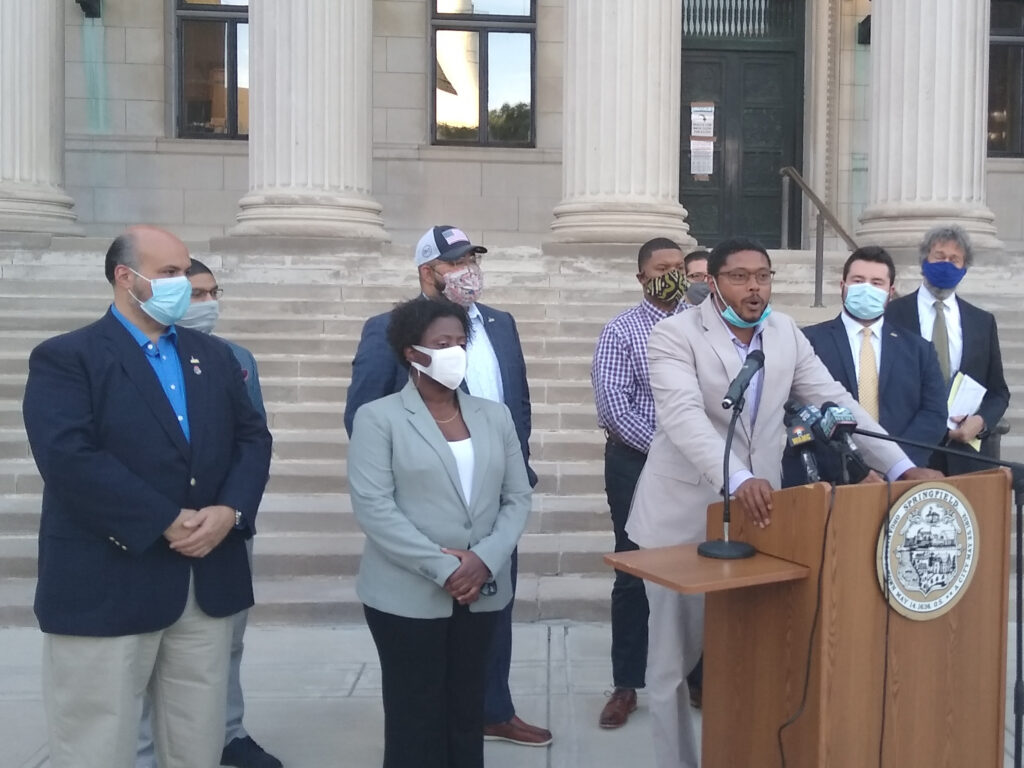 Sarno has not made any public statement about his plans, but his reelection bid is almost as certain the sun rising. He has over $173,000 in the bank.

If more than two candidates are on the ballot for mayor, there will be a preliminary next September. The two highest vote-getters advance to November.

Hurst works in real estate and is a licensed attorney. His wife is School Committee member Denise Hurst, herself a popular figure, especially among school committees across the Valley. They live in 16 Acres with their two children.

In his release, he indicated he will emphasize the Council’s activity over the last nine years. The five-term councilor also spoke of transparency and accountability, a less than subtle jab at the insular nature of Sarno’s administration, which has only drawn in further in recent years.

He also mentioned residency, the police commission and allocations of funding from the American Rescue Plan Act. The first two were implemented during his tenure. Hurst was serving as Council President when the body sued Sarno to force its implementation.

The Massachusetts Supreme Judicial Court ruled in the Council’s favor in February, but the mayor’s implementation has been less than impressive. ARPA funding has become a hot button issue as well. The Council has frequently castised how the administration has distributed funds.

“For all of our growth as a Commonwealth, Springfield stands at a crossroads. The city is at a critical point where it can continue to expand along with our state or fall short of its potential,” his statement said.

From there, Hurst argued that he had the track record needed to right the course. 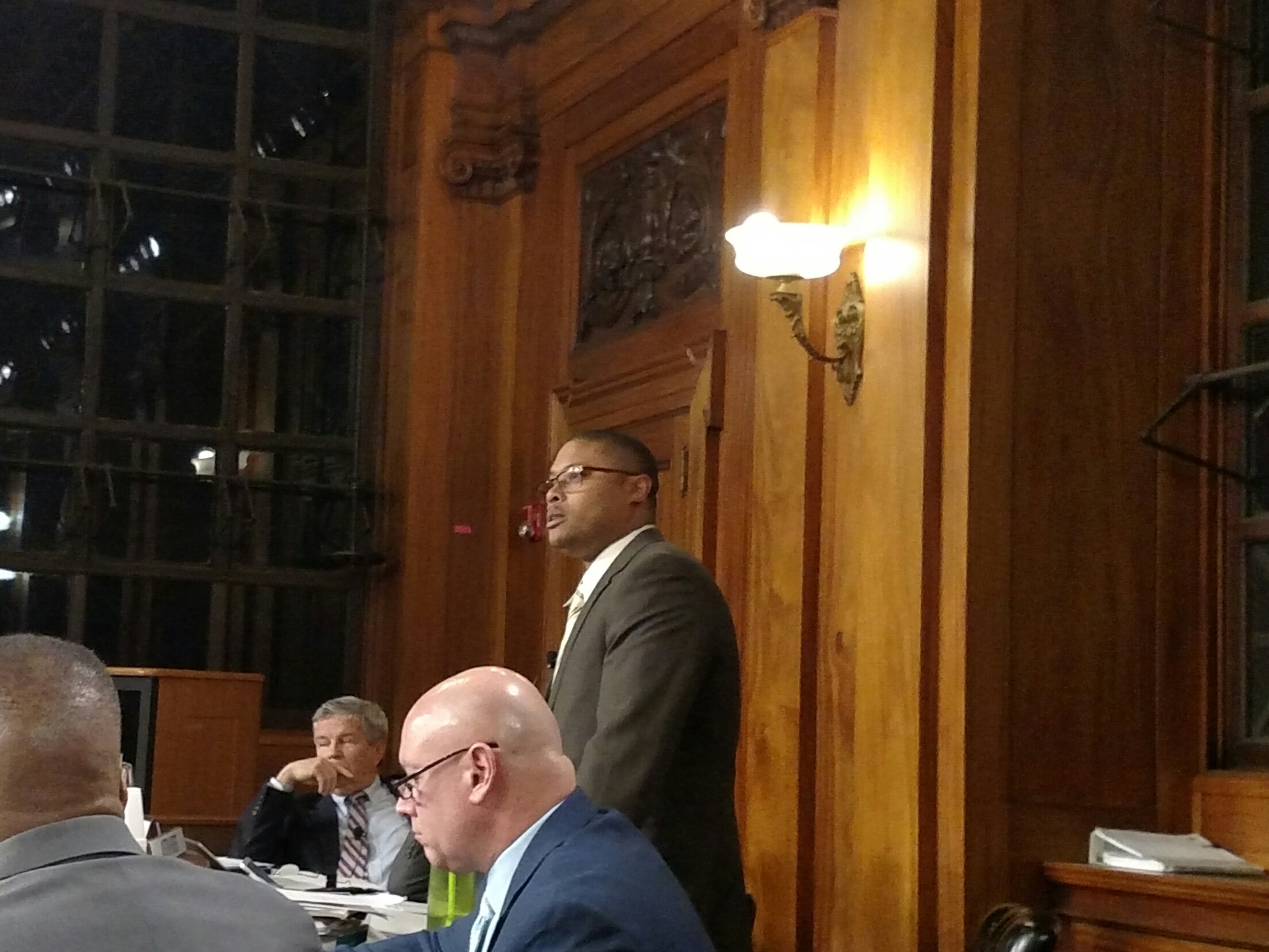 Hurst acknowledges that he would make history as the city’s first nonwhite mayor. However, played that factor down by assuring he would work for all residents.

“I will work in partnership with residents, community stakeholders and the business community to create an inclusive vision that will have a positive impact for every community and resident in Springfield,” he said.

Indeed, nearly 70% of the city identifies as non-Hispanic white. The city has made strides in electing more officials that reflect the city’s makeup. The city has elected nonwhite majorities to the Council and School Committee as well seating more women and LGBTQ-identifying persons. Three of four resident state reps are persons of color, among them Ramos.

Hurst’s careful invocation of the significance of his potential election reflects the city’s historical interest and ambivalence about such a milestone. This will be something all candidates will need to navigate.

Whether Lederman and Ramos dive in or not, Hurst’s run assures Springfield will have its most heated race since 2011. That year Sarno faced then-Council President Jose Tosado. Partly because of the tornado and autumn snowstorm, Sarno couldengage in peak mayoring. Consequently, Tosado was bodied at the polls. Subsequent challenges in 2015 and 2019 may have coagulated the anti-Sarno vote, but none put together bids that looked like one that could fell a mayor.

In 2015 and 2019, facing candidates with virtually no money, the mayor all but rejected campaigning. Once, he said he was too busy governing to attend debates or forums. In 2019, he didn’t kick off his election until days before the preliminary. It is plausible he will try to do that again. With Hurst in and more opponents waiting in the wings, he may not be able to maintain that strategy.