Some History Class: In Last Speaker Stalemate, a Springfield Rep Battled for His Gavel…

Some History Class is an occasional opinion feature focusing on historical events of interest to Western Mass. 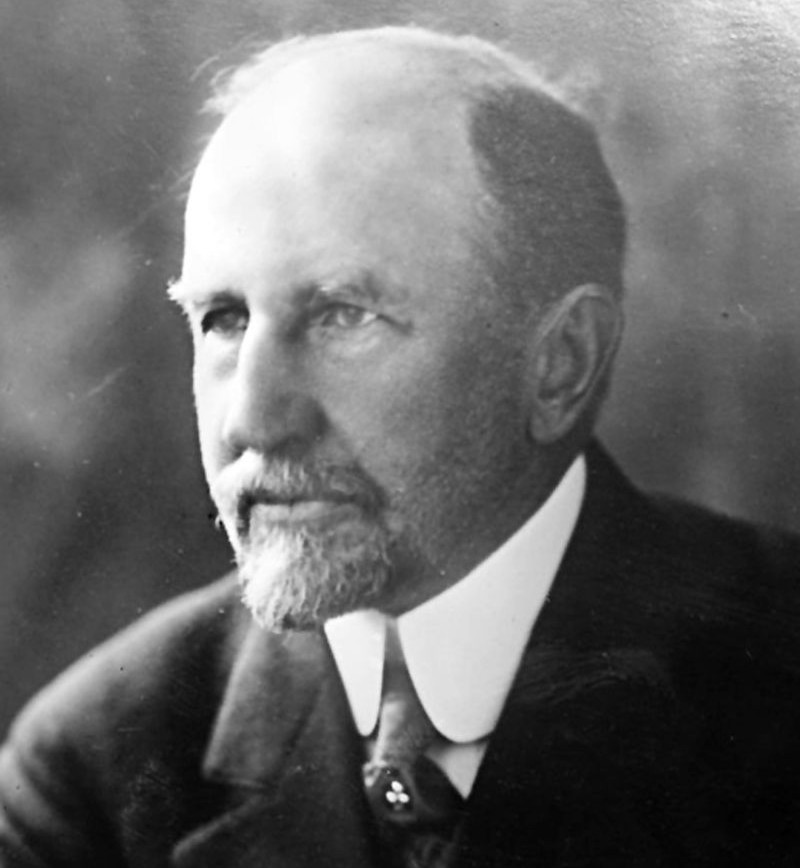 Can’t we all just get along? -Frederick Gillett, probably. (via wikipedia)

Coverage of the finally concluded fight for Speaker of the House of Representatives frequently cites two historical references. The first is the longest Speaker fight in American history, that of 1856, which went to 133 ballots. The second is the most recent Speaker fight to go to multiple ballots, 99 years ago in late 1923 (Congress organized much longer after elections then). The 1856 Speaker election was the subject of a recent retrospective in The Washington Post, but most references to the 1923 fight are brief or asides in larger works.

The event has an additional salience to Western Massachusetts. The speaker seeking reelection was Frederick Gillett, the congressman for the Greater Springfield area at the time.

The 1922 midterm elections, coming after the Harding landslide of 1920, were a revolt against Republican control, where the Democrats, despite an uncoordinated front and the lack of a unified message, picked up 76 seats, though fell short of the majority (the result was 225 Republican seats, 207 Democratic seats, 2 Farmer-Labor seats, and 1 Socialist seat).

First elected to Congress from Springfield in 1892, the House elected Gillett speaker following Republican victories in the 1918 midterms.

The Republican caucus that met in December 1923 (Congress convened later in that era) was smaller and more radical than its predecessor. The New York Times reported that in a meeting prior to the opening of the session, about thirty Progressive Republicans outlined their demands: progressive policy demands such as farm relief, lower freight rates, nationalization of key industries during emergency or war, a child labor amendment to the constitution, primaries for president and other offices; a program of progressive taxation; and changes to House rules to allow replacement of committee Chairman, greater freedom to move an amend legislation, and other measures.

These Republicans threatened to withhold their votes from the Speaker if these demands weren’t met. There were concerns that the Democrats would allow Speaker Frederick Gillett to be re-elected through strategic absenteeism, but they reaffirmed commitment to stand by the Democratic leader, Finis Garret of Tennessee. In caucus, the progressives unsuccessfully opposed the party’s endorsement of Gillett for speaker. Nicholas Longworth was selected as Republican floor leader.

On the floor, they had more luck. Against 190 votes for Gillett, there were 15 for progressive Henry A. Cooper of Wisconsin, three for budget hawk Martin Madden of Chicago, and one for Edward C. Little of Kansas. The votes for Cooper came from the Wisconsin delegation minus Cooper himself, four reps from Minnesota, North Dakota’s, and future New York City mayor, Fiorello La Guardia.

Gillett’s swearing in for his penultimate term as speaker, which went more smoothly than the next. (via wikipedia)

The House convened on December 3. The insurgents, led by John Nelson of Wisconsin, focused their demands on changes to the chamber’s rules; Longworth declared that there would not be a deal with the bloc as a whole, but there would be discussions with individual members. Longworth claimed to support rules changes himself and presented the party establishment as the reasonable adults.

Madden, despite receiving his own votes, cast his vote each time for Gillett. Gillett voted present only on the first ballot and didn’t vote on any others. Garrett and Cooper similarly voted “present” on each ballot.

The deadlock continued into the next day. On December 4, the fifth ballot resulted in 197 votes each for Gillett and Garrett, and again 17 for Cooper and 5 for Madden. Gillett dropped to 195 on the sixth ballot, with the count the same for the other candidates. On the seventh ballot, Gillett received 196 and Garrett 198, with Cooper and Madden still at 17 and five, respectively. The eighth ballot was Gillett 197, Garrett 198, Cooper 17, and Madden five.

After these inconclusive results, all factions retired to scheme. Longworth published a conciliatory statement. He said a committee would propose amendments to the rules, and this amendment package would go to the floor for debat amendment (rather than experience a free-for-all amending the rules directly).

“The rules of the House,” he said, “have been built upon the experience of a hundred years, and their amendment, however desirable, ought to be undertaken only after careful consideration. Under the plan already agreed upon for submission and which will be presented, abundant opportunity to every member to have his suggestions carefully considered will be offered.”

The Democrats planned to continue voting for Garrett for Speaker, but would support reform of the rules. Garrett’s statement said that “We have thrown no obstacles in the way, but of course no one expects that we shall taint our own party integrity to aid in curing a condition for which we are in no way responsible.”

Eventually, an agreement had been reached. Within thirty days, the Rules Committee would report proposed changes to the rules that would liberalize the amendment process and ability to bring legislation to the floor. These rules would face debate and be subject to amendment. Gillett would remain Speaker.

President Coolidge, who had been waiting to address Congress, did so on December 6th, after a ninth and final ballot

elected Gillett as Speaker with 215 votes to 197 for Garrett and a remaining two for Madden. Three third-party members, Berger (Socialist), Ole Kvale (Independent) and Knud Wefald (Farmer-Labor) voted “present.” The latter two had been Cooper supporters. The House then held a three-day recess to organize itself.

This Speaker contest of a century ago bears remarkable similarities to today’s ongoing contest. A small group of dedicated members, on the ideological margin of their party, take advantage of a narrow win in a midterm and a closely divided House to withhold their votes for their party’s nominee for Speaker.

Some insurgents vote for a more establishment choice (Madden then, Jordan now) who himself sticks with the party’s nominee. The opposition remains united and present, but eyes any opportunity for concessions. Although speaker vote has ended, a lot remains unknown. The concessions still need approval of the full House and then realization.

Whether a peaceable enough House results, as in 1923,  depends on the willingness of 2023’s insurgents to accept concessions and their party’s implementation. A submission on their part, or Republican leadership’s part, will take the 118th Congress in a very different direction.

As for Gillett, as The Times observed, he did not stick around long after that. In 1924, he ran for the United States Senate. He won and became the last denizen of the commonwealth’s West to win that title.