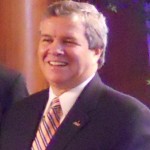 Tagged stories here:
Tim Allen was opposed in the 2013 election was not interviewed.

Political Note: No, not the comedian from Michigan.  The Springfield resident known as Tim Allen, does, however, seem a bit like a likeable, earnest character from Home Improvement, if there had been one that was a Royal Oak City Councilor.  His interest in politics and serving the community dates back to high school.  Between then and his first election, Allen worked on/with civic and community groups across the city from Step Up Springfield to the Public Health Commission.  Representing Springfield’s arguably most politically reliable ward, Allen’s initial victory in 2009 was itself no small task, but he crushed his opponent.  Despite some votes that may upset the establishment, no one challenged him in 2011.  Additionally, when Council President Ferrera gave Allen only one committee assignment, the Outer Belt Civic Association, a neighborhood group in Ward 7, blasted Ferrera.  The strident nature of its members’ response suggested a confidence in Allen beyond a simple demand that Ward 7 be respected.  On policy, Allen along with Fenton, has demanded greater fiscal accountability and more than a wink and a smile before approving the mayor’s requests.  In contrast to Fenton, Allen is less confrontational and more conciliatory, yet will not back off unless doing so will actually help the interest at hand.  He has also shown a willingness to get deep into the minutiae.  Prior to losing his spot on Economic Development, Allen was shepherding a major revision of the city’s zoning ordinance to passage, among the wonkiest tasks to face the Council, but one that finally came to fruition in 2013.   Like all Councilors, the 2011 tornado took a toll on Allen, who, along with Edwards, represented wards hit the hardest.  However, he appeared to wear the strain more visibly than some of his other colleagues, especially as he seemingly attended almost every update in the weeks and months that followed.  This elicited both concern for Allen and cynically mistaken notions that he was milking the incident.  In 2013, after denying Ferrera a unanimous vote for President, the once-again Council President responded by giving Allen a chairmanship and seats on committees.  Ferrera knew not to mess with Ward 7 again.  After Senator Gale Candaras announced her senate retirement and Rep. Angelo Puppolo backed off a run, Allen announced he would seek the senate seat entering a crowded Democratic primary.