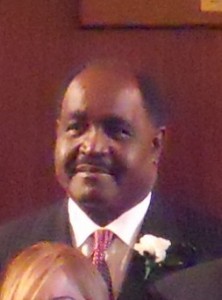 Tagged stories here.
Williams did not sit for an interview during the 2013 campaign.

Political Note: Once and again City Councilor Bud Williams surprised no one when he retook a seat on the Springfield City Council in 2011.  However, he joined a council much different than the one he left.  Once the only black member of the council, there are now two others among nine new faces.  Williams’ ill-fated 2009 run for mayor was riddled with unforced errors like falling asleep at an event, but that did not limit his appeal to the many voters filling out the Council in 2011.  Like Rooke and Walsh he brings with himself a body of experience in municipal politics, but only he and Rooke date back to the troubles of the Albano era.  Unlike Rooke, however, Williams seems to have learned less from that era based on his statements about the current fiscal problems.  Williams has argued, however, that he worries about city services first.  Williams’ name has tended to elicit an “That’s our Buddy” from politicians, residents and other City Hall watchers.  Others have noted, not approvingly, of Williams’ proclivity for self-promotion above and beyond that of most Springfield politicians.  He is known for asking questions for even the simplest and least controversial of Council agenda items, which at times appear to be thorough and at other times have been mocked as mugging for camera before the vast audience on Springfield Public Access TV.  That said, since rejoining the Council, Williams has, take up a cause of two, whatever his motives, that earn plaudits from even his deepest critics.  He won reelection 2013, despite losing his top ally Jimmy Ferrera, in a campaign that tested his political skills mightily against political upstarts like Ernesto Cruz and Justin Hurst in 2013 and Jesse Lederman in 2015.  A  gaffe at a menorah light–invoking Christ–became raised eyebrows, but did not impede reelection to the Council. After Rep Ben Swan announced his retirement in 2016, Williams had a clearer path to Boston–if he can defeat Swan’s son.