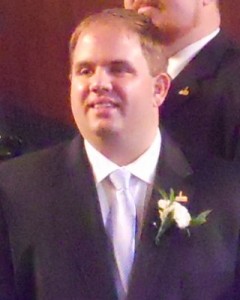 WMassP&I Recent Stories (all tagged stories here):
Reason, Political Fear May Have Assigned Committees
Who, Not What, Should Now Go to Committee
He Who Would Be Council President
Outer Belt Comes Off, Lashes Council President
“I am Not a Committee”
New Government, Old Faces
Take My Council, Please: Good Night & Good Luck
Contributions May Connect Councilor to Probation Scandal

Political Note: In contrast to the prior decade, the first decade of the twenty-first century featured only two council vacancies that required Springfield to reach into the loser’s pile to fill empty seats.  In 2006, Angelo Puppolo was elected to the State Hosue of Representatives and opted to resign his Council seat rather than serve out the Council term.  Ferrera, having received the most votes of the candidates in 2005 who did not make it onto the council, became Puppolo’s replacement.  His continuing success in the three succeeding elections for at-large councilor has bewildered political observers and voters alike, when taking into account his agenda that has included outlawing prostitution, which was/is already illegal, and urging the city to buy vehicles that are not sold in the United States.  Certainly not respected by reformers in the city, he appears to have no real love among establishment figures either, although the Springfield Intruder has tied him to former Mayor Michael Albano, an ominous sign if true.  However, Ferrera’s ideas, motions and tactics have not endeared him to his colleagues, some of whom consider him an irrelevance, despite even his current Council presidency.  Moreover, he has rejected even the plainest-meaning interpretation of federal and state law and verbally scolded city officials for thinking otherwise, alienating himself further.  Neither has he gained much respect from pundits and blogs.  In the interest of transparency, Maureen Turner has observed of WMassP&I‘s editor-in-chief, “I’m starting to think that maybe Szafranski doesn’t think much of Ferrera….” referencing a post about Ferrera’s casino site committee.  While WMassP&I’s criticism may be more biting in tone, in substance its coverage of Ferrera is not an outlier in Greater Springfield media.  After scoring the Council Presidency in part because other councilors felt it was his turn, Ferrera broke a long-standing council tradition and nearly and/or completely exiled political opponents to zero committees assignments.  The result was a torrent of bad press for Ferrera from both print and blog alike eroding whatever respect Ferrera had already.  However, in Springfield, such poor public perception has failed to evict elected officials before.  Ferrera battled John Lysak for the presidency in 2013 and won, but by no measure due to Ferrera-enthusiasm.  Learning from the 2012 committee debacle, he chose not to put his adversaries’ heads on pikes and instead made safer appointments.